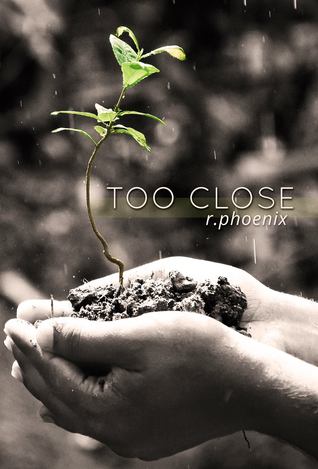 Skylar Orion’s life has been complicated ever since his mother abandoned him and his sister Evie. Making ends meet seemed impossible until Tate Chandler took them in — his knight in shining armor who promised to make life about more than just surviving. But Tate is not the man he seemed to be, and even his whispered I love yous and generous gifts do little to soothe the pain he causes. Knowing he can’t give his sister all that she deserves without Tate, Skylar stays with him, relying on bad puns and a worse sense of humor to keep up the charade.

For his sister he will do anything, even if that means acting the responsible adult and going back to his old high school to meet Dexter Weston, the hot math teacher who can make even algebra interesting. Sparks fly between the two of them, but with his dependence on Tate, Skylar isn’t free to follow his heart. He wants what is best for Evie, but can he pass up the chance to find love that heals instead of harms?

” I turn, and I run right into some guy. He’s taller than I am and probably heavier if the solid mass I bump into is any indication, but all I can see is the deep blue of his polo shirt as I stumble. His large hands come up to my arms, steadying me, and I wince as his fingers dig into the motley bruises hidden under my shirt sleeves. ”

” “I’ll walk you to the office to get a temporary ID,” he says, nodding toward the front building. He runs a hand through his brown hair as he says, “Procedure.” “Um.” I start following him as I try to figure out how to say I’m not a student. Duh, Skylar. Just say that. Not everything has to be a smartass comment. “I’m not. A student, that is.” He stops, and I run into him again. God, that ass. ”

I love how these to meet but then there’s Tate, the actual so called boyfriend, that’s not a nice person. Skylar is in such a bad situation and can’t get out.

I’d thought –I’d hoped –that him offering to take me and Evie both in meant he saw me as something more. But I should’ve known better than to think whispered declarations of love to a cheap whore half his age were anything but lies.

This is a must read to the end. It’s real and tugs at your heart. The author did a great job bringing you into these characters and getting your feelings involved.

One thought on “Review: “Too Close” by R. Phoenix”