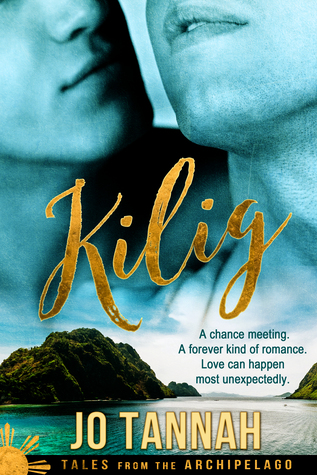 A chance meeting. A forever kind of romance. Love can happen most unexpectedly.

Louie Montenegro works for one of the country’s largest property developers. Although his job demands long hours both in the office and unscheduled work trips all over the country, it’s a job he loves. On his first trip to Bacolod, one of the greenest, competitive, livable and highly urbanized mid-sized cities in the Philippines, he meets Carl delos Santos, a successful businessman in his own right.

At twenty, Carl faced a family-run business in near ruins and the burden of paying off enormous debts. For ten years, he focused all of his attention on reclaiming his family legacy. Now he heads one of the region’s most successful department store chains.

A chance meeting with Louie in a local car wash leads both men to an unanticipated romance. But when Louie’s company recalls him to Manila, he faces a future without Carl. Will Louie choose career over love?

When I started reading this story, I expected it to be mildly entertaining at best. Let me tell you how wrong I was. I was thinking I would be bombarded with an abundance of culture with a speedy romance of two people force mashed together. This could not have been more wrong. What you get is two strong characters with a compelling story. Louie is a lawyer who works for his cousin and best friend’s company. Then you have Marc who owns a successful chain of stores. Marc’s sister Lisa was a joy to read as well.
One of the things that most enticed me about this book was where it is based. It centers around to big cities in the Philippines. Louie’s company is based in Manila. They send him to work in Bacolod, which is where Marc lives and works. Throughout the book, the author shows the culture and some of the words, phrases, and expressions used. Thankfully there is a glossary in the back of the book. What was an added bonus was getting some facts and a little bit of the island’s history. All this, while maintaining the story.

Also, I loved the pace of the relationship. From the first meeting to the happy conclusion nothing felt rushed or pushed. The timing from their first meeting to their first date was very realistic. It’s what you would expect from two very busy business men. While some steps were faster than others, you’re left with the feeling of it being the natural progression. The time flowed smoothly.

The troubles and concerns matched perfectly to the country’s culture. I found this to be a sweet romance that also taught me about a culture I’m not familiar with. The mannerisms of the society were described so you could fully understand how their community functions. Who was respected and why. Overall, this was a diverse story of love and culture.

One thought on “Review: “Kilig” by Jo Tannah”