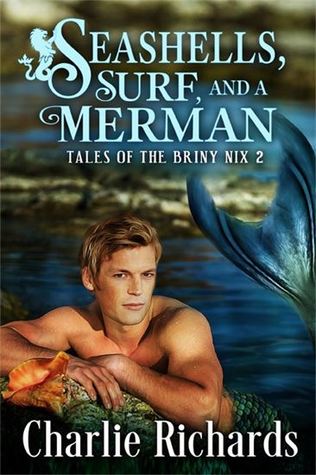 Beneath the Deep: The wonders of the ocean holds the greatest of mysteries.

Kratos has always done his duty as a guard of Aquila City, a thriving city of mermen, with confidence and resolve. When several royals cause fracturing within the courts, he needs to pick a side. He’s uncertain, until he realizes his decision to allow his old friend, Zarek, to get away several moon cycles before made the decision for him. Kratos realizes he’s a target…and he’s not the only one. Sent on a mission to locate the lighthouse where Zarek is hiding out, Kratos runs across a massive human walking along the beach, searching for seashells. The man’s name is Easton Ritton. One whiff of the hulking human’s scent intrigues him. A taste of his blood confirms it. The large male is Kratos’s Adelfi Psychi, the other half of his soul. Best of all, Easton knows Zarek and about mermen. Unfortunately, the human doesn’t consider himself gay, and he fights their attraction. Along with that, someone has followed Kratos, putting everyone’s lives in danger. Can Kratos woo his reluctant gentle giant and keep everyone safe?

I loved Seashell, Surf, and a Merman by Charlie Richards. This is the second book in the Briny Nix Series, and although I had no trouble following the story and figuring out the characters, I think I would have enjoyed the story more if I had gotten to read the first book in the series first. This book is about merman guard Kratos and his Adelfi Psychi—the other half of his soul—Easton who is human. Kratos’s a guard for Aquila City, and Easton’s a gym instructor. Kratos’s gay, and Easton’s straight, but I loved how Easton handled himself and didn’t let himself run away from his new and overwhelming feelings. Kratos’s tasked with taking a message to a merman Zarek who was accused of treason and fled to the human realm where he found his Adelfi Psychi in the human named Wayne. When he gets to the human shore, he sees Easton walking on the shoreline looking for seashells and digging up soft shell clams. Kratos’s pretty sure that he’s found his Adelfi Psychi and the chemistry between them is very hot and steamy.

I think this book would have been better if it was longer. The characters, while I enjoyed them, were kind of one dimensional and the storyline glosses over a lot, and I would have liked more depth and background. Overall I thought the characters and storyline were entertaining and a cute read, but it missed out on its potential to be great.

The story was well written, but I did come across some editing errors, but they weren’t too distracting. I did like it enough that I will be reading the first book in the series and hope the author will continue the series. I would really like to see a book about Easton’s friend Tran and the merman Garan.