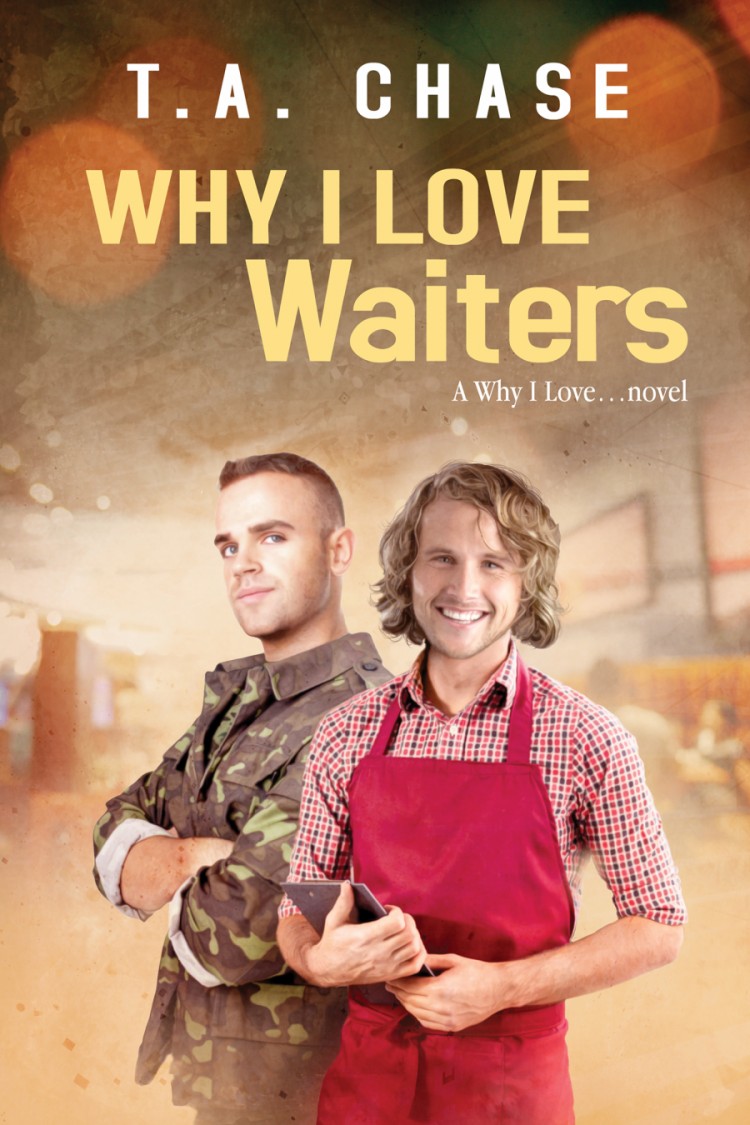 As a member of a covert army unit, John Davidson isn’t scared of many things, yet one look into the dark blue eyes of Heath Kane and John knew a different kind of fear for the first time. John couldn’t be gay, at least not out and proud in his unit, even with Don’t Ask, Don’t Tell being repealed. He’d never been interested enough in any man to risk the fallout.

Heath Kane left home never wanting to return. The army-base town wasn’t the best place for a gay kid to grow up, but his grandmother did her darnedest to make it good for him. Now he’s paying her back for all her love. She’s getting older and needs help with the family restaurant, so he waits tables at the Corner Café while taking online courses to get his degree. Even though the army base provides lots of buff eye candy, he knows it’s best to keep his eyes to himself.

Yet neither Heath nor John can deny their attraction, and when John returns from a visit up North, he seems willing to act on their mutual interest. Are John and Heath willing to risk everything to hold each other?

As you read along more and more of Heath’s life and his past is exposed. It’s done in such a way that you are intrigued at first. Then you go through changing emotions with each reveal. By the end, you are not only majorly impressed with him but fall in love with him as well.
With John, there isn’t a lot of drama or excitement to his back story. Instead, the author focused on John’s family and his current standing in the military. I love this approach. John has such an interesting family that you want to know more about. Especially since they’re very close. His struggles with his career are rather eye opening. It makes you wonder how it really is and if it’s getting better.

As an extra bonus, you get to see how Chuck and Herb are doing. For those who read the first in the series, Why I Love Geeks, this is a special treat. Plus, you get more insight into John and Chuck’s sister Jesse. I found the interactions between Heath and Herb to be the funniest parts of the whole book. I’d love to see more of them in the rest of the series. They are both delightful and a joy to read. While both books can be read alone, to get the most out of them, I would read them both in order.

I’m looking forward to the next one in the series and getting to know all these characters and the new ones to come. The author has done a great job of building a realistic society with interesting and complex characters.