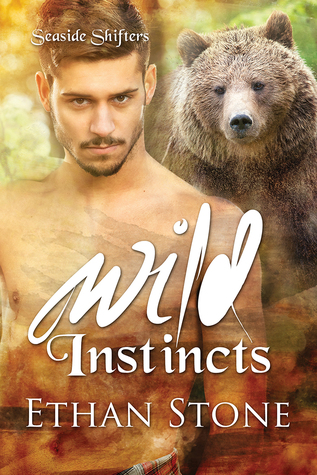 Police cadet and bear shifter Tyson Dakota looks forward to his on-the-job training in Seaside, Oregon, working alongside his cousin, Chief of Police John Dakota. Their goal is to investigate the growing meth epidemic and identify the kingpin bringing the drugs into their community. All signs point to someone inside law enforcement working with the drug traffickers, and Tyson must find out who before the body count gets any higher.

Along the way, Tyson meets Amante, a charismatic and attractive man in town for reasons he doesn’t want to share. Tyson is drawn to Amante despite his secretive ways and is sure there could be more between them than explosive passion, if he could just get Amante to make his stay in Seaside permanent. But when Tyson’s pursuit of justice puts him at odds with Amante, they could lose more than their fledgling relationship.

They could end up losing their lives.

Meanwhile, the town of Seaside has a drug problem, and meth is becoming much more common. Tyson’s cousin, John Dakota, is the police chief so, when Tyson shows up for his first day on the job, he gets to see the problem first hand and learns it’s far worse for shifters because of their nature. The two of them become involved in investigating the issue.
Also, adding to the secrets in this story, John’s boyfriend is pregnant, and because seeing a man pregnant would raise a lot of questions, he’s confined to their home. It becomes clear that this is an important and integral part of this story as it unfolds.

The action and plot move fast when Tyson’s estranged father shows up. What’s his connection to Amante? What’s Amante’s connection to the drugs? Is he one of the bad guys or just being pulled along by events outside his control? What’s wrong with Tyson’s mother?
All these questions are answered, and the story is well finished off, including an epilogue which ties up some of the back story. I have to admit, although I loved Tyson, I didn’t really warm up to Amante at the start but, as the story unfolds and his position is explained, he becomes more ‘human’ and likable. The story is a good one and moves at a quick pace, but it’s not a long book.

I finished it in one sitting as I found I really need to know how everything turned out. This book is definitely worth a read, and I’m sorely tempted to dip into the rest of the series.