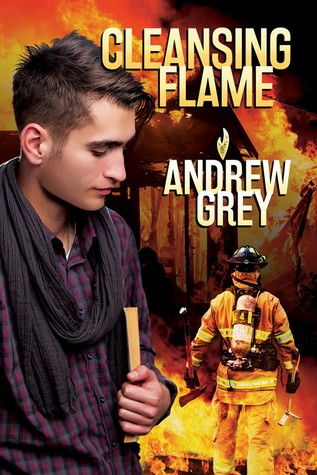 Life has been grinding Dayne Mills down almost for as long as he can remember. First he lost the love of his life in an accident that also left him with a permanent injury, and then his mother passed away a year later. When his house burns to the ground, it’s the last straw. He can’t take any more, and if it wasn’t for kind and handsome firefighter Lawson Martin offering him a hand up and a place to stay, he doesn’t know what he’d do. Dayne would love for his relationship with Lawson to evolve into something beyond charity, but he knows going after a man so far out of his league will only lead to yet more heartache. It’s best to just keep his mind on his research.

It’s that research that leads Dayne to an old student journal that not only provides clues to the Native American heritage Lawson has been searching for, but chronicles a century-old love story. The tale that unfolds might be just what Dayne and Lawson need to remind them that no matter how dark life becomes, love can find a way to shine through.

One look at the cover and my first thought was: sexy firefighter. There’s actually a couple of them in here. The two guys that are the real focus though are Lawson and Dayne. This isn’t your typical romance, and it’s not all fluffy and light.
Lawson is a firefighter. He has had good and bad days at work. He loves high excitement and adventure. He knows he’s good looking and that guys are attracted to him. He has been trying to find out more about his great uncle’s life. He knows that he went to the Carlisle Indian School but not much more.
Dayne is a student at Dickinson. He has decided to do his research paper on the Carlisle Indian School. The day he meets Lawson is the day his house burns down. Thankfully, Lawson invites him to stay with him. Since Richard and Morgan, Dayne’s good friends, vouch for Lawson, Dayne accepts.
Dayne’s life has been a series of tragedies. He can’t believe someone like Lawson could be into him. He’s always waiting for bad things to happen and is just waiting for the next one. When it does happen, he’s sure it is all his fault. The only drawback to this book was that Dayne was too negative. I felt that he did not need to go on so much about the same thing a couple of times.

What I loved about this book was that it didn’t glamorise firefighting. It isn’t always a win, and sometimes firefighters get hurt. Also, the author took the time to explain Dayne’s limitations and options for better functionality. There was not an easy fix, letting us know that Dayne won’t be running marathons.

I have to say that while I enjoyed the story, Ted’s journals about not only what he felt but his and Matthew’s relationship was my favorite. They were so moving and heart-rending at the same time. I am glad that the author included their story. I found this story enjoyable and look forward to reading more not only in this series but by this author as well.