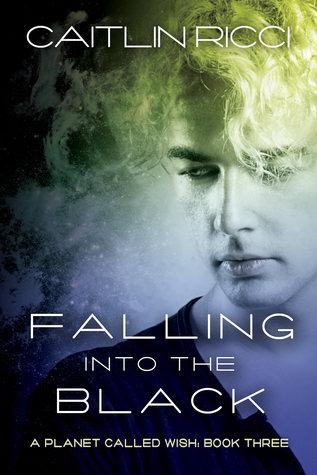 Every aspasian at Asiq adores the handsome peacekeeper Resan—all except for Arin. While the other workers vie for Resan’s attention, Arin avoids him at all costs, which rouses Resan’s suspicion. When he discovers Arin is a runaway slave, Resan is bound by law to return him to his master. It is only later that Resan realizes what he’s done. Arin’s owner bought him at twelve, married him, and not only violated Arin himself, but loaned him out to his friends. Resan has returned him to a life of rape and abuse, and now he must make a decision: free Arin and abandon the oaths he swore as a peacekeeper, or leave him to languish and abandon his own conscience and heart.

This is the third installment in the series but be a standalone. The first two are about different couples but to understand those characters, I would recommend reading the first two. Book one is about Thierry and Monroe and Book two is about Corbin (Thierry’s brother) and Em (Emmanuel). This author really sucked me in, so I am excited to go back and read about these characters. Just what I read in book three about them all, I need to go back and read up on how they fell in love.

Anyway, back to book three. On the planet Wish, everyone is pretty laid back and really enjoy their lives. First, you meet the handsome Resan, who’s a peacekeeper for all the different planets. When he’s not on a mission, he protects the aspasian that work at Asiq. The aspasians that work there provide services for all different types of gentlemen. Resan enjoys working there and never has a problem with finding a gentleman or two for his own bed. He’s not one for relationships. His only real issue is Arin which I will talk about in a second. Resan is used to the other workers giving him attention and wanting to bed him but not this one. This raises all sorts of suspicion, and he confronts him about. Sometimes, things are better left alone.

Now, my lovely Arin. I just love this character, and I’m sure you will to. He’s an aspasian that works at Asiq be of service to men. He likes working there well enough because he has choices there. If he doesn’t want to have sex, he can just say no. You ask why this is so weird? Doesn’t everyone have that choice? Well , the answer is no. Slavery is legal on several of the planets, and Arin was sold to his master, Bowman, at the age of 12 years old. And then forced to marry him. So, my heart breaks for Arin, and the more I read, the more pissed I got.

So, as I said earlier, some things are better left alone. But not for Resan, oh no, he wants answers. He hates that Arin will go out of his way to avoid him. So, Resan corners Arin one night and drills him with questions. He should have left it alone, but if he did that, then we wouldn’t have this complex love story. Resan finds out that Arin is a runaway slave and has been hiding out there on Wish. Well, you see, peacekeepers abide by the law, and now that he knows this information, he’s going to return Arin to his disgusting master. It’s the right thing to do, right? Wrong.

Bowman bought and married Arin at the age of 12. He raped, beat and neglected Arin for years. Bowman even had his friends come over and do the same. I will tell you that this author did a great job at keeping it very bland as far as details of his younger years. She paints a great picture of what he went through without graphic details. The graphic details come when Bowman gets Arin back.

Needless to say, Resan figures out that it was a horrible idea sending him back, but you will have to read the book to know what happens. I love the characters, I love the story, and I recommend this to anyone that likes planets, sexy aliens, drama and of course, love and sex.