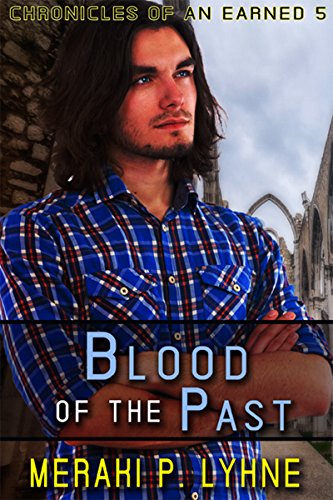 Going from a constant workload as a fallen Earned back to the normal family and pack tempo is not as easy as Kaleb would like it to be. Changes to the packs everyday life, and Alex stumbling across new things to be given attention, puts more on Kaleb’s table than he had expected. Hectic time with assisting in thwarting a brewing magical war sucks him back in even as he is still rekindling his love for Mickey and his relationship with his family. Plus he has a secret to keep.

There’s no time for family drama of brothers hating him for his powers. But sometimes it’s the little things that deserve the most attention. A day for Kaleb to catch up with his dad and brothers sets off a chain of events. With the assistance of the mystical Order, to which Alex, Pritchard, and Mr. Henry belong, they unveil a century old secret and discover new magic.

Who would have thought…the cruelty of Meraki!

Kaleb is back home. After two months of solitude, well except Sam-El and Franco’s company, he tries to acclomate again to his home. But the war is on, and he has so many things to do that he has no time for fun. Almost no time. Meeting with Alex and Mickey is on his priority list. Then Edward organizes a Father-Son day when things get a little rough. The meeting between Mickey and Franco went much smoother than I would have hoped so…Go, Mickey!

Dominic goes through a lot. Well, I may not say what it is, but it left me heartbroken for the entire book. He became a confident to Allen, granting him access to leadership knowledge. He loves Alex deeply, and he’s there for Kaleb too…also the darkness seems to have finally got to him…

Alex is busy again. He’s preparing for a heist together with Mr. Henry, Pritchard, Nathan and Lucien. But there’s a surprise heist waiting for him. He enjoys the company of Dominic too. Kaleb’s return makes him incredibly happy, and he’s shocked to see that physically Kaleb is growing into Dominic’s size. But then the darkness…

This sequel is focusing more on Kaleb discovering his abilities, growing into his responsibility and the weight to fall again or not. That decision is his to make and even though one would think that it’s an easy decision, his desire to serve mankind is greater, and he’ll need all his powers to fight the Captains.

We will meet new characters also, like Phil’s fallen friend, we’ll learn about a thousand-year-old Captain too.

I could talk about this book for weeks, but I don’t want to spoil it for you. But prepare yourself for angst that the previous book does not have, for the heartache and for tears.

As usual, Meraki bring us into this realm of supernatural. We will have the opportunity to learn about more mystical creatures.

I can proudly say that during this journey of reading this series, I became good friends with the author. We shared ideas about the world beyond, the concepts of different scriptures and point of views. This is one of the most amazing series I have ever read, and I would like to thank M for this marvelous work of art.

***I would like to thank the author for the privilege and opportunity of reading this ARC. My review is an honest opinion of the book.***