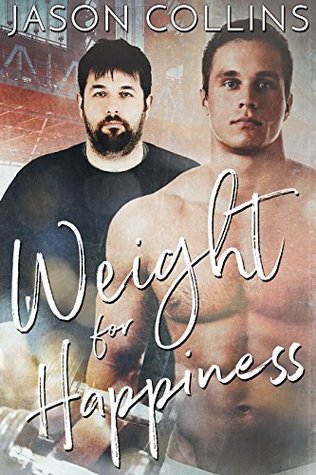 Jeremy Johnson is stuck between a rock and a hard place. He doesn’t want to be overweight anymore, but temptation is unavoidable thanks to his job. Deciding to make a change for the better, he dedicates himself to implementing a new diet and exercise program that he hopes will whip him into shape. He makes himself a promise that he intends to keep, but it doesn’t help that he works for a food-focused blog where he spends his days writing about delicious, forbidden food that he knows he’s not supposed to indulge in.

But when the blog he writes for is purchased by a fitness company, he realizes he’s going to be the odd man out among his new fit, attractive coworkers. On his first day, he meets the infamous Ryan Bennett, a man known for his dedication to all things fitness. Muscles, cockiness, and a trademark smile all seem natural to Ryan, but no one seems to know if he’s attracted to men or women.

With encouragement from Ryan, Jeremy decides to shape up his life, work on his attitude, and rebuild his physique, but he soon discovers that it isn’t as easy as he originally thought. While maneuvering his way toward a new lifestyle, he watches as Ryan charms and teases every man – and woman – in his vicinity. But when Jeremy senses a flirtatious vibe from Ryan, he’s forced to choose between allowing his weight to define him or ditching his old insecurities for a shot at something exciting.

This book is such a realistic story from the get go. This author has really hit home for so many people. I know as a person that has trouble dieting and exercising regularly, this really tells how my brain functions sometimes.
Jeremy is such a believable character for many of us. He struggles physically and emotionally with his weight gain from his last job. Now that he’s starting a new job, insecurities are setting in especially after seeing pics of Ryan. Jeremy’s inner demons are taking over.

Ryan is the perfect specimen of a man. Great body, great smile and great personality. He’s a character that, if approached me, I would think I’d never have a shot with him just like Jeremy. I know I can be my own worst enemy and think I’m not good enough for him.

Then, there’s Mark Cruise, the CEO that wants Ryan and to make Jeremy feel worse about himself. What a man won’t go through to get what he wants.

We all need friends like Denise. She gets all over Jeremy for being so mean to himself. She’s always there for him, no matter what. In every way possible even when his life depends on it.

This is a great read. It’s emotional, inspiring and sexy.