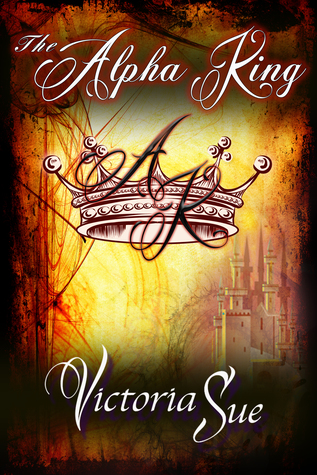 The Kingdom of Askara has been torn apart by conflict for centuries, where humans exist as subservient beings to their werewolf masters. Legend says it will only be able to heal itself when an Alpha King and a pure omega are mated and crowned together, but a pure omega hasn’t been born in over a thousand years.

Luca is an Alpha-heir eagerly awaiting the choosing ceremony on his twenty-fifth birthday and the gifts granted by whichever omega he mates. His small pack is destitute due to the decisions of its ruling council, but being only an Alpha-heir, he has no authority to challenge them. Not until now—this moment he has waited a long time for.
Kit grew up as a street-rat, an unlicensed human who would never be more than a slave for whichever master owns him. Then one day he came across a young Alpha-heir, attacked and dying of poison, and found out their fates were suddenly entwined.

Luca needs to take over his pack and save his people. He cannot afford to be distracted. But when he meets Kit, he develops abilities indicating he is not just a pack Alpha, but the King his world has needed for a thousand years.

Is Kit really the cause of Luca’s newfound power, the true mate he needs? How is it possible when the young man isn’t even a werewolf, and as merely a human, a mating is not only forbidden, but for Kit, a sentence of death? (WARNING -Contains MPreg)

I was entranced by this book. It gripped my imagination right from the start and didn’t let go until the end, it’s action all the way, and the emotions it evoked were strong and deep. The story is unique, stunning, intricate and based around discrimination and the plight of a downtrodden minority in the kingdom of Askara where werewolves rule and the humans are second class citizens. That sounds depressing but don’t let that put you off, it isn’t, it doesn’t diminish the awesome, fully developed characters and intriguing plot which, despite the trials the characters go through, is essentially uplifting.

Luca is the perfect alpha with just the right amount of flawed judgment to make him real and with loads of love and compassion to counteract it. Luca and his unerring desire to do what’s right is one of the drivers behind this book. Kit, what can I say about Kit? He’s strong yet fragile and perfectly adorable! His capacity to suffer for the welfare of others left me breathless at times. The supporting characters are also well developed, and I’d like to hear more from Luca’s sisters and his friend Sam.

The premise of an ancient legend about an Alpha King and a rare, pure omega, born human, is so original, as are many of the other intricacies of the story. The author has created a whole world, complete with its history, to be explored. The situation that has evolved between werewolves and humans is cleverly thought out and plotted and supports the story really well.

The plot revolves around the emergence of a new Alpha King, Luca, after hundreds of years without one and his finding and keeping of his pure omega, Kit. I loved their first meeting when Kit was a 13-year-old human slave, and Luca was dying from poison and the treachery of his twin brother. This early meeting is the prequel to their eventual mating, seven years later, which nearly doesn’t take place! A lot of the emotion and twists in the plot are based around the misunderstandings and miscommunication of the facts surrounding the newly emerged Alpha King and the pure omega. Facts such as the transference of powers, telepathy and the possibility of pregnancy! There is also the chaotic hierarchy and subsequent conflict that exists, in the realm, as a result of history and the truth being buried for so long.

The plot is quite obvious at times with no real twists that I didn’t see coming, but I actually liked that as I could just sit back, read and enjoy it without having to think too much. Perfect. I loved the ending, it tied up all the loose ends for Luca and Kit while cleverly leaving the story of the secondary characters open for further exploration…I hope.