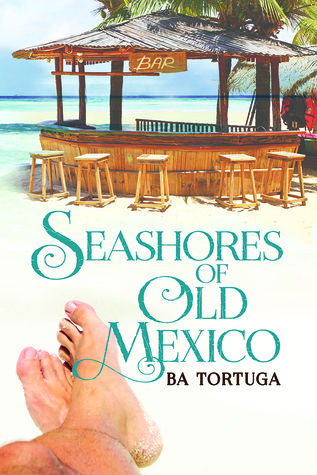 After a bar fight gone horribly wrong, Clint is on the run, tired, hungry, and desperate to get out of Texas and across the border as fast as he can. But more than anything, he needs a place to relax and feel safe—at least for a little while. Searching for work, he stumbles into a cantina on the beach and runs into its owner. Jack might be a little older and a little worldlier, but the two men have enough in common to form a fast friendship that soon spills over into the bedroom.

But Clint isn’t the only who’s done things he isn’t proud of, things he’d rather keep hidden. Both of them have to be ready to drop everything and run if the past gets too close, and that’s no foundation for a relationship—especially since the truth always comes out eventually.

Oh, I liked this book, a lot. The writing is very casual, stop-start, lots of one or two-word sentences. I wasn’t expecting it. But wow! Does it work? Well…yeah! The casual language and style suit the short story and the characters perfectly, and I was surprised how much I enjoyed reading it.

Clint is on the run after a brawl, back in his hometown in Texas, left a man dead. He’s passing through a small seaside town in Mexico when he decides to stop for the night. Finding just enough change, on the ground, for a beer, he lands on his feet when he walks into the local bar, Jacks bar. Jack immediately sees a lot of his former self in the young redheaded Clint that he gives him a job and a place to stay. On discovering they’re both gay the two of them set the temperature soaring, in the shower, on the beach…phew! Hot! But, the past was always going to catch up to Clint, and it does, just as he’s become settled and thinks of the place as home. He goes on the run, leaving Jack a note. Can Jack find him and bring him home?

Jack and Clint are awesome, beautifully described characters and although they’re very different, they’re perfect for each other. There’s not too much depth to the plot, it concentrates primarily on the heat between the two men, but the book is short, and the story is good, so that’s absolutely fine. The ending is tied up really nicely.
I was left wondering what was in Jack’s pocket? I think I know and that would be the perfect ending for them.

This is a good quick read that’s easy to get into and easy to read in one sitting. I highly recommend it.