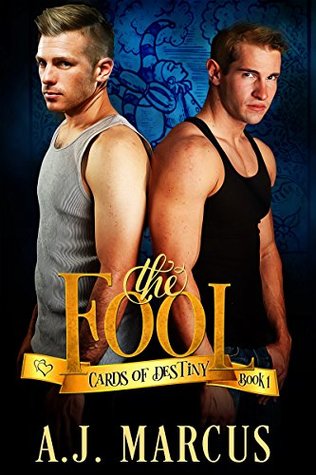 When Arron Carmichael and Ramsey Roland broke up it devastated both of them, but Ramsey couldn’t handle Arron’s family secret. When the family business brings them together, they discover Ramsey has a secret larger than any Arron thought possible.

Arron is part of the Gardener family, a group of witches who have protected the world from daemons for thousands of years. Ramsey couldn’t deal with the magic that was an intricate part of Arron’s life, so he told Arron they were finished, and he needed to leave. His decision left two hearts broken.

When Ramsey is mugged while going to a bar to hang out with friends, it opens him up to the world Arron had hinted at, but it also brings Arron back into his life. Arron does his best to save Ramsey from the dark forces that are hunting them both. When they learn the reason Ramsey is being hunted, it shocks them both to their cores but brings them closer together. Only together can they hope to defeat the forces working against them.

O One of the things I love about reading is how an author can put their own spin on a familiar theme. A.J. Marcus did just that. I especially liked how he described daemons and where they came from. This brought it completely away from the usual Heaven and Hell concept and gave it a more scientific approach.
Aaron is a witch from a family of witches. His family have been daemon hunters for generations. Not only have they been protecting humans but also, they help keep the existence of daemons hidden.

Ramsey is in real estate. He lives a rather boring ordinary life. The only time he’s dealt with any of the so-called paranormal was when he was dating Aaron. Once Aaron told him he was a witch and what his family did, Ramsey got scared. He broke up with Aaron and went back to his plain boring life.

Five years later brings Aaron back into his life. His life and the world around him will never be the same. Not only does he find out about the real existence of daemons, but he learns something new about himself. They realize that neither has gotten over the other. The threat is still there and follows them. The two must overcome the dangers so they can be together. Both of them have no clue of the big surprise to come.