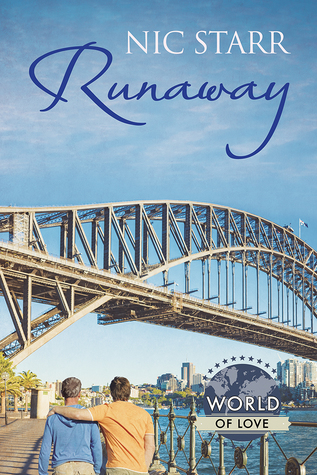 Dr Nathan Powell is ready to settle down near his family, and hopefully find the man of his dreams. He returns to the small coastal town where he grew up, but while life is simpler than it was in the city, there are also complications—like patients’ reactions to an openly gay doctor. And like running into Nate’s first love, Damien, an out-and-proud local business owner who is unwilling to be any man’s dirty secret. The reunion reignites old desire even while it stirs up Nate’s guilt over the way things ended with Damien.

When Nate’s nephew runs away, Damien accompanies Nate on his mission to find the young man. The drive to Sydney, and the search of the city, gives Nate time to reconnect with Damien—and to wonder if he made the right decision years ago—when he determined a future for them was impossible. Is a fresh start realistic for two men in their forties? But before he can ponder the second chance they’ve been given, Nate must locate his nephew.

World of Love: Stories of romance that span every corner of the globe

How can I even begin to describe the way my heart feels after reading this book? I loved this story so much, and Nate and Damien even more. I need so much more of these two characters because I was in no way near ready for their story to end. I could easily read a whole series of books about these two men and their lives. It was a wonderfully beautiful second chance love story that had my head and heart seduced from the prologue. I fell completely in love more and more with each word I read.

Nate and Damien were friends/boyfriends as teenagers, their relationship was a secret to everyone who knew them, and after being caught kissing Damien in the park by one of the gardener’s, Nate decided that no one in his hometown would ever know about his sexuality. Fast forward to almost twenty years later, and Nate has recently moved back to Forster from Sydney to be closer to his sister, niece and nephew, and to settle down now that he’s in his early forties. When his sister tells him that her 17-year-old son Jackson is having a hard time, Nate offers to spend some time with him. Nate decides to take Jackson fishing, so they head to the local tackle and bait shop, where Nate unexpectedly comes face to face with Damien—who is now the owner of the shop—for the first time in almost 9 years. At first, the meeting is awkward because Nate realises that even after all the time that has passed, he’s still very attracted to Damien, but he also harbours a lot of guilt about how things ended between them. The men decide to give their friendship another go and to see where it leads, but Damien makes it clear that he is an openly gay man and will not hide in the closet for anyone. When Jackson runs away from home, Damien goes along with Nate to Sydney to try and find him. It’s on this journey that they finally get a chance to talk about the past and their regrets, but also rediscover their feelings for each other.

I know I’m going to sound like a broken record, but I cannot compliment the author enough for writing such a fantastic and heartwarming story that gave me all of the feels. It was a brilliantly thought out story of self-acceptance and following your heart. Although it was quite a short read, everything was covered, and nothing felt like it was rushed or glossed over, but as I said at the start, I want/need more. I need to see what happens next between these two amazing men and also with Jackson as he played quite a big part in the story. This book is really more of an emotional rather than physical romance. There is only one sex scene and a couple of kissing scenes, but I felt like that was completely right for the characters and the story. It didn’t need anything else to make you feel that connection to the characters and their emotions.

This book was an absolute pleasure to read, and my heart literally feels like it could burst from happiness. Highly recommended!

One thought on “Review: “Runaway” by Nic Starr”