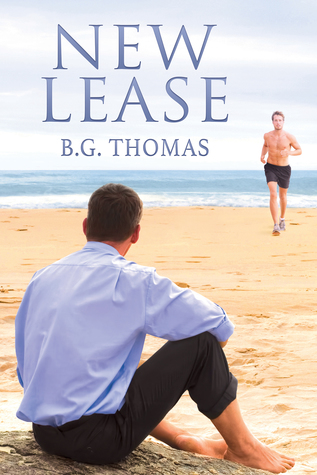 Wade Porter spent his whole life in the shadow of a lover who doled out snippets of love and time as he saw fit—and who insisted that love stay deep in the closet. But now that man is gone, and Wade finds the oceanside cottage where they spent so many weekends together in the Florida Keys cold and empty. He has come one last time, not even sure he wants to keep living.

To his surprise, the house next door is occupied by another bereaved and lonely man. Kent Walker is an artist of romantic gay paintings who is open to the future—and determinedly interested in Wade. Kent wants to show Wade the beauty in being an openly gay man and the possibilities for a real relationship.

Maybe Kent can help Wade let go of the past and discover a better way to live—and love.

Wade was in mourning. He was feeling the loss of Gene, his lover of 20 plus years, even though it had been a while since he’d died.
Wade has returned to the place where they first met, a cottage on the Florida coast and he’s seriously contemplating the pills and alcohol he has with him when he sees a light on in the cottage next door. He has a flashback to his first meeting with Gene and, believing it might be him, he runs to knock on the patio doors…but it’s not Gene, of course, it isn’t and the realisation knocks him backwards. The stranger, who picked him up off the floor, invites him in, to recover from the fall. The hot, younger, man in ‘Genes cottage’ is Kent and Wade, disconcertedly, finds himself attracted to him. Embarrassed at this, he makes a hasty exit only to find the flirtatious Kent at his door early the next day bearing mugs of coffee.
Despite Wade’s reticence, Kent thrusts his way into his life making him question and re-evaluate his entire relationship with Gene. His eyes are opened, and he finally sees it for what it truly was.

Both Wade and Kent have experienced loss, both are lonely, but can they cross that dark divide enough to be together and bring some light into their lives? This is a really short read, but I loved every page. Wade’s character is so emotionally written despite the fact that this book is less than 50 pages and Kent’s character is perfectly described through his actions and words.

Both men quickly stole my heart. From such dark beginnings, light emerges and the emotion I felt for Wade, as he sees the truth and his beliefs are changed, was palpable. The ending is a happy for now and leaves the reader to decide the future, but that feels right for the story and characters. Everything is new for Wade, and he needs time to decide what happens next.

This is well worth the couple of hours it takes to read, and although it starts off dark there is some humour, and the tone gets lighter as the plot progresses.