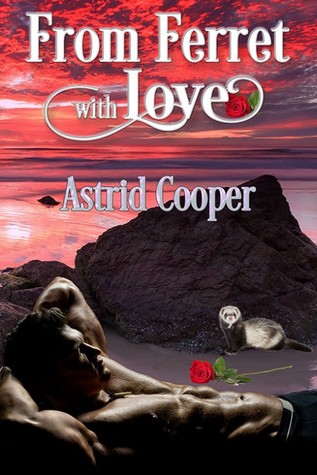 Love will find a way. Star-crossed mates, torn apart by enemies, find that the cost of love may be too high.

Fabian, a ferret-shifter with wolven blood, takes a walk on the wild side and is rescued by Ashley, a cop who would rather go home alone to his cat, than play nursemaid to a runaway. Soul-mate recognition intervenes. When Fabian’s alpha, together with the pack enforcer, arrive to drag Fabian home, a deadly battle ensues – one that leaves Fabian soul-wounded and Ashley destroyed.
Three years later, Fabian Ferret, private investigator for the blood-kin, is summoned to Monsters inK to work a cold case.
Left for dead by unknown assailants, Ashley has slowly recovered, but has no memory of the events leading up to his bashing. He has found a new life as a member of Monsters inK.
When Fabian and Ash are re-united, Ashley doesn’t remember his mate, and Fabian knows that to reveal the truth will set Ash free, but damn Fabian and their love forever. Ash decides that the little shifter is too much trouble, but Fabe has ingenious ways to ferret out the truth. So begins a teasing and dangerous game of seduction – one that may see them united or divided by love.

I loved From Ferret with Love by Astrid Cooper.

The way the author writes has a way of sucking you in and refusing to let you go.

I got invested in Fabian (a ferret shifter) and Ashley (a human cop) first when Ashley saved Fabian from a gay bashing in the park and later when Ashley helped Fabian heal, and Fabian revealed that Ashley was his One and they soul-mated and were perfectly happy for that one night. Only to be ripped apart when Fabian’s Alpha and his enforcer showed up to take him home the next morning.

I became even more invested in the couple when Fabian showed up three years later to help Sebastian (a member of Monsters inK) with a cold case only to find that the case involves his mate that he thought had died that night three years ago. Now it’s up to Fabian to help Ashley with his memory loss so that he can be whole again and so that he doesn’t have migraines anymore. But Ashley doesn’t want Fabian’s help, and so Fabian will have to use all of his Ferret abilities to ferret his way back into his mate’s heart.

I can’t wait to see if their stories are as good as this one was.