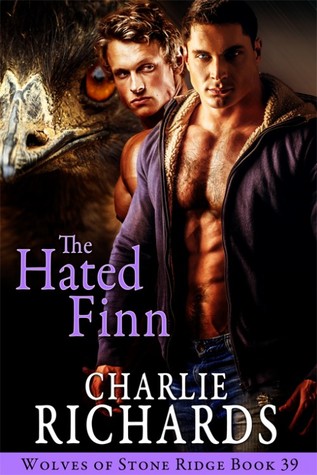 Do you believe in love at first sight?

Out of the Cage: A cage of the mind can manifest in unusual ways.

Viktor Minsky spent months recovering after having been captured and tortured for information about his friend. While he still bears the scars, he’s proud that no matter how they’d beaten and starved him, he’d never caved. After Viktor joins a group of vampires and shifters to free captured shifters, he’s charged with tracking down several of the vendors that deliver supplies to the facility. When Viktor stops at the ostrich farm that supplied the meat to the scientists, he meets the owner, Finn O’Riley. Not only is Viktor shocked to discover the man is a shifter, but the scent of Finn’s blood causes his mouth to water. He suspects the shifter is his beloved, the other half of his soul, but Finn’s response to his appearance bluntly proves that he wants nothing to do with him. Can Viktor learn if Finn’s hostility is caused because he’s in league with the scientists, or is it caused by something else entirely?

I really liked The Hated Finn by Charlie Richards.

This is the 39th book in the Wolves of Stone Ridge series, but it’s the first book that I’ve read. Aside from being bombarded by a ton of names and their positions during the first chapter which was kind of overwhelming since I didn’t know any of them, the author did a great job of filling in all of the blanks, so I wasn’t lost for long.

This book’s about Finn who’s an Ostrich shifter and Viktor who’s a vampire who has joined a group of vampires and shifters that are planning to raid the Crystal Lake Pharmaceuticals because they were doing illegal testing on the paranormal community and they wanted to free all of the captive shifters. Afterward, Viktor’s charged with checking their suppliers to find out if they had been helping Crystal Lake Pharmaceuticals. While investigating one of the meat suppliers, Viktor stumbles across Finn who might be his beloved. However, Finn has a deep fear of vampires and wolves. I loved how persistent Viktor was in pursuing Finn when he realized that Finn might be his beloved.
I did like how Finn rationalized being an Ostrich shifter that likes to eat Ostrich meat and how it wasn’t cannibalization because he’s just a shifter whose animal to call is an Ostrich. It makes me chuckle just thinking about it.

The hated Finn was well written. It had a great plot and was nicely edited, and it had plenty of steamy hot scenes to go with it. Definitely my kind of story.