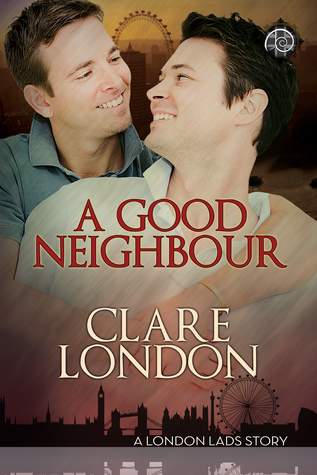 Dylan Philips admits it himself: he’s a relentlessly single man in a small suburban town, both proud of and resigned to being a good teacher and a devoted nephew to his mischievous great-aunts.
When the aunts take a hand in matchmaking him with Josie Whitman, the girl who lives along the street, Dylan doesn’t tell them what kind of soul mate he’s really looking for—and the fact that he’s already found the man in question. It’s not Josie who’s travelling from London every month to her town property, but her journalist brother Neal. And Dylan meets up with Neal whenever he can.
But decisions must be made for their future. Dylan is risk-averse to everything from overseas travel to coming out, whereas Neal embraces adventure—and now he wants to take Dylan with him.
Horrified that his chance at love will move even further out of his reach, Dylan realises it’s time for him to own up to what kind of man he really is. He needs to find courage and compromise. And who knows whether the great-aunts will be a help or a hindrance with that?

A Good Neighbour’s the third book in the London Lads series by Clare London. It’s a standalone book. Although A Good Neighbour’s only 60 pages and is a quick read, it was engaging, descriptive, and very much enjoyable. I especially enjoyed the book because it’s set in and around London and I just got done visiting England in December, and it was fun to read about some of the places that I had visited.

Dylan’s a single man living in a small suburban town. He doesn’t date, and he’s a school teacher. He’s both proud of and resigned to being a good nephew to his mischievous great-aunts. When his great-aunts attempt to be matchmakers, they try to set him up with the girl next door, Josie. However, it isn’t Josie that he’s interested in. He’s interested in her brother, Neal.

Neal’s a journalist and gets sent all over the place for his job. In between assignments he stays at his sister’s town property. He’s a free spirit and loves to travel and visit new places. He loves his relationship with Dylan even though they have to keep it secret. Recently though he’s been fantasizing about Dylan coming with him on his assignments, so they can explore the new places together instead of him coming home and telling him about them.
There’s some discord in Neal’s and Dylan’s secret relationship, and they have to figure out where they’re heading in the future and what they both want out of it. And Dylan needs to figure out if he’s going to find the courage to be the man that he knows himself to be and to compromise on some of the things that Neal wants out of their relationship.

I was biting my lip while I continued to read to see whether they would be able to work out their problems or not. Even with the book only being 60 pages, I was still invested in the story, and I loved all of the characters. Dylan’s mischievous great-aunts were a hoot, and I loved how they manipulated him and Neal. Dylan and Neal were opposites in both looks and attitudes, but they brought out the best in each other and made each other whole.

A delightful read with some pretty steamy scenes and just enough angst. I can’t wait to read more books by Clare London.