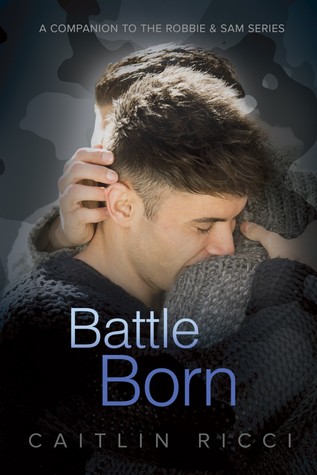 A Companion to the Robbie & Sam Series

Three years after running from Thornwood, Colorado, to join the Army, Daniel Messana is no closer to figuring out who he is or what he wants out of life. Now that he’s home, his constant companions are loneliness, PTSD, and guilt over the way he mistreated one of his brothers and abandoned the other.

Franklin Cooper, or Coop, enlisted at eighteen and loved every minute he spent in the Army—until an IED in Afghanistan took his sight. Now he’s home and, with his service dog by his side, ready to regain his independence. The trouble is no one will let him do anything for himself. He’s drowning beneath his family’s oppressive love, and his only respite is the time he’s allowed to spend at the on-base pizza place once a week. That’s where he meets Daniel, and those afternoons become even more special. But both men have a lot to work through before they can take the next step together.

I really enjoyed this companion book to the Robbie and Sam series. Battle Born was a very cute new adult book, and it was well written and nicely edited. I greatly enjoyed the storyline even though it only had light kissing and hand holding in it as opposed to the books that I am used to reading which is a little more hardcore.

I found Franklin Cooper, aka Coop, and Daniel Messana to be flawed but lovable characters. Both served time in the Army and both have issues that they’re trying to work through.

Coop’s having to deal with losing his sight to an IED after two glorious years in the Army. He’s been out of the service for a year, and he’s learning how to adjust to life being drastically different and trying to regain his independence. But he’s finding that to be harder than he anticipated as his parents treat him like he’s a baby that’s incapable of doing anything or going anywhere on his own. He spends most of his days in his room listening to music and DVDs. His one bit of joy’s on Fridays when he gets to go to the Exchange at the Buckley Air Force Base when his mom goes grocery shopping. He gets to eat pizza while she shops. His only wish is that somebody would sit with him and become his friend. And he finally got his wish when Daniel asked to sit at his table.

Daniel has just gotten out of the Army and is struggling to figure out what to do next. He has PTSD, and a troubled past with an abusive family life with a homophobic father. While trying to win his father’s approval, he did some things that he’s deeply ashamed of to his gay half-brother Robbie, his boyfriend Sam, his uncle Cade, and his boyfriend Trent. His father ended up in prison, his mother died in a car accident, and Daniel ran away to the Army. Now that he’s out, he has a lot to atone for if his remaining family will even talk to him anymore. Feeling lost and alone he ends up going to the Exchange on base for lunch and ends up sitting at the only available table and meets Coop. Coop and Daniel become instant friends and Coop’s funny and laid back and gets Daniel. With neither of them working they’re able to hang out whenever they want, all they have to do is get Coop’s overprotective parents to let them.

I really do hope that there’s a sequel to this book like there was to the Robby and Sam series because I would like to see how their relationship progresses. I also still have a couple of questions about what happened to Daniel’s beloved horse Cleric and how he died. The author never comes right out and says but it’s such an emotional trigger for Daniel that I can only imagine that something bad happened to him. I also wouldn’t mind a little more detail into what his father did that landed him in prison but of course, these questions may have already been answered in the Robby and Sam books, but I haven’t read them yet.

**** The ARC was provided by Harmony Ink Press. My review is an honest opinion of the book ****