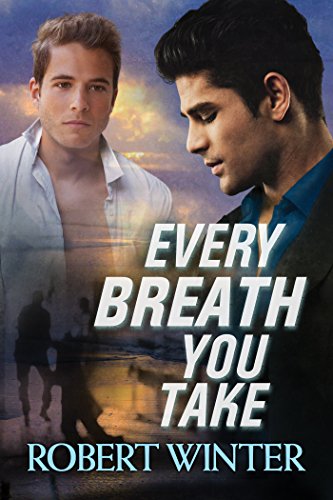 When Zachary Hall leaves Utah for a job in Washington, it’s finally his chance to live as a gay man and maybe find someone special. In a bar he meets Thomas Scarborough, a man who seems perfect in and out of the bedroom. But Thomas never dates. He never even sleeps with the same man twice. Despite their instant connection, he can offer Zachary only his friendship, and Zachary is looking for more.
Thomas is tempted to break his own rules, but years before, he became the victim of a stalker who nearly destroyed his life. Even though his stalker died, Thomas obsessively keeps others at a distance. Despite his fascination with Zachary, he is unable to lower his barriers. Frustrated, Zachary accepts he will never have what he wants with Thomas and soon finds it with another man.
But young gay men in Washington, DC, are being murdered, and the victims all have a connection to Thomas. Once again someone is watching Thomas’s every move. Can it be a coincidence? When the depraved killer turns his attention toward Zachary, Thomas must face the demons of his past—or lose his chance to open his heart to Zachary forever.

In the words of Oliver Twist, “Please Sir, can I have some more?”

When I first read the blurb for this book it really caught my attention. Straight away I knew it was my kind of story, and I’m so pleased to say that it certainly didn’t disappoint. From the very first page, we are thrown straight into the deep-end, we see a killer stalking his prey, and a man is murdered. The story and excitement just ramps up from there, and keeps you completely mesmerised until the very last word.

I don’t really know what I can say about the story that hasn’t already been said in the blurb without giving any of the plot away. This is definitely the type of book you need to read for yourself to really enjoy and experience all of the twists and turns that the author has laid out for us. It’s a brilliantly written book with two main plot lines running simultaneously. We have the path that follows Thomas and Zachary’s mutual lust and attraction―that Thomas forces himself to fight against, even though he accepts that Zachary is the first man he’s actually wanted for more than one night. Then there’s the other path that follows the murders that are taking place and the investigation into them, and how these connect to Thomas and the people in his life.

All of the characters–main and supporting–were very realistic, you can really imagine seeing/meeting these people in day-to-day life. One of my favourites was Joe, an ex-monk in his 60’s who runs the local LGBTQ shelter. He was very sweet, but also funny, and you can’t help loving him and his big personality. Thomas and Zachary were great, both as individual characters and together. Thomas works as a lawyer for the Senate Committee, so the confidence just oozes from him. He knows he can get anything or anyone he wants without really trying, but at the same time he’s also very generous with a good heart, so doesn’t come across as arrogant or obnoxious. Zachary is a small-town boy in the big city. For the first time, he can be himself, no hiding who he is, or his desires. At first, he seems quiet and almost shy, but he’ll also stand up for himself, and won’t be intimidated by anyone. He is definitely the kind of man who wears his heart on his sleeve. When the two men meet in the bar there is serious chemistry between them, and when they go back to Thomas’s the sex is extremely hot, and more than either of them could have imagined. This encounter has consequences that will change both men’s lives for better and worse.

I absolutely loved this book. It was edge-of-your-seat intrigue and suspense, with some epic sex scenes that will leave you a little hot and bothered *winks*. The author has done a fantastic job with the storyline, it’s really well thought out and grips you from the start, a real page-turner that I couldn’t put down once I’d started.

There is a brief mention/description of child abuse, both physical and sexual, and also some sadism involving adults. If these are triggers or an issue for you then it may be best to give this one a miss.