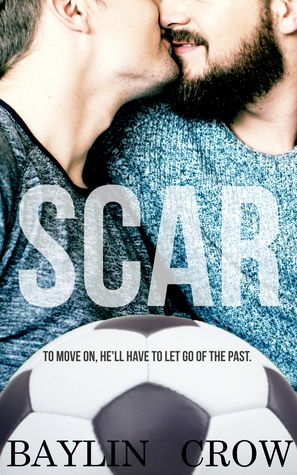 I just wanted to be left alone. After the disastrous turn my life took four years ago, I swore that I’d never let my guard down for anyone ever again. I left everything I knew behind and started over again. Things were going just fine until nearly six feet of pure temptation walked through the doors of my bar. It’s been a year and I’ve done a pretty good job of avoiding him. Things change when his friends get him drunk and leave him stranded on his birthday. I shouldn’t have given him a place to crash because now I can’t shake him.

He intrigued me from the moment we met, and I haven’t exactly been subtle about wanting him. The green-eyed bartender seems to want nothing to do with me, but I don’t miss the way he watches me when he thinks no one will notice. I’ve let him pretend long enough, and it’s definitely time to make my move. On the field, I face tough competitors every week, but this one will make me work harder than I ever have before. If I want to win, I’m going to have to up my game because he is a pro at pushing me away.

This is a standalone novella with no cliffhanger.

As a debut book, this story has set a high standard for the author to meet with future releases. It was a very sweet and incredibly sexy little romance that had me smiling from ear to ear, but also needing a fan to cool down (it’s pretty hot). Written in first person with dual POV, it grabbed my attention from the minute I saw the cover and read the blurb. As soon as I started reading the book, I just couldn’t stop. Football (soccer) is my joint favorite sport, so any book that includes it as part of the storyline then I’m going to read it, and this one definitely didn’t disappoint.

In this story, we have the two main characters, Beard (nicknamed because he has a thick and longish beard and no other reason) and Soccer (because he plays college soccer). The two men gave each other the nicknames because Soccer refused to call Beard by his proper name, even though he knows it. Beard played along with the game, and also refused to call Soccer by his name, now it’s a battle of wills, and they won’t back down or give in. Beard works at and owns a bar that used to belong to his grandfather where Soccer and his friends go mostly after playing their game on match-days. The team have become regulars at the bar, and Beard loves this, yet hates it at the same time.

Beard has quite a brooding and serious personality, and although he’s had a crush on Soccer since they first met, he tries to avoid him as much as he can to try and hide the attraction. He knows and accepts he’s gay, but due to an incident that occurred 4 years before, he’s in the closet and plans on staying that way. Soccer is almost the exact opposite of Beard, he’s happy and outgoing, yet fiercely competitive and determined. He’s also out to everyone he knows and is not shy about trying to get Beards attention. When Soccer’s friends hatch a plan to try and set the two men up, it doesn’t exactly work out as expected, but it ignites the spark of the smouldering feelings and chemistry that Beard and Soccer have. It gives Beard the little wake-up call he’s needed to face up to his past, and to move on with his future.

This was a fantastic little story to read. It was well written, flowed perfectly and there were no loose ends. The characters were well developed with just enough back story to fill you in, but not take over the main plot of the book. This is an author that I will definitely be looking out for from now on, if this book is anything to go by, I’d say we’re in for a real treat.