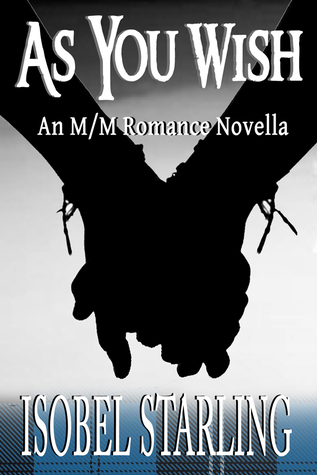 Declan Ramsay’s brother Oliver was marrying Annabelle Aiken at a fairy tale Castle on the banks of Loch Ness in Scotland. The bride and groom decided, so that he didn’t feel left out, Annabelle’s gay younger brother Sam Should share the best man duties with Declan.

Declan had never met the kid who was to be his joint best man.
Sam Aiken was abroad, working as an interpreter and finishing his studies. He wouldn’t meet Declan until a few days before the wedding, so the best men communicated and planned their speech by email for more than a year.

But on meeting Sam Aiken, Declan is surprised to realise the kid isn’t a kid at all, but a tall, blond and athletic young man. Declan is sure he’s straight, so he’s alarmed by the ferocious attraction he feels for Sam. And as the attraction is reciprocated, the events at Dunloch Castle change everything Declan has ever believed about himself.

But is Samuel Aiken all that he appears to be?

This story was written as a part of the M/M Romance Group’s “Love is an Open Road” event. Group members were asked to write a story prompt inspired by a photo of their choice. Authors of the group selected a photo and prompt that spoke to them and wrote a short story.

This story may contain sexually explicit content and is intended for adult readers. It may contain content that is disagreeable or distressing to some readers. The M/M Romance Group strongly recommends that each reader review the General Information section before each story for story tags as well as for content warnings.

Now, this is how you start a series. It has everything you look for without any of the full moments. I loved the way the author gave you both viewpoints while still retaining some of the mystery. Sam and Declan are a joy to discover.

Even though they had been exchanging emails for over a year, Declan and Sam had never physically met and had no clue what each other looked like. Their first meeting may have been a sour one, but that didn’t last long.

Declan’s straight. He’s had a long run of boring to downright horrible internet dates. He has finally come to the conclusion that he just isn’t meant for a happy relationship. In fact, he has pretty much been labeled a commitment-phobe.

When these two really start to get to know each other the fun begins. They are funny and sexy. I really enjoyed the shenanigans they got up to. This is book one of a three book series.

Just by this story alone, I can tell that I am going to love the other two as well. With mystery, action, love, and some steamy sex scenes, this promises to be a favorite of mine.