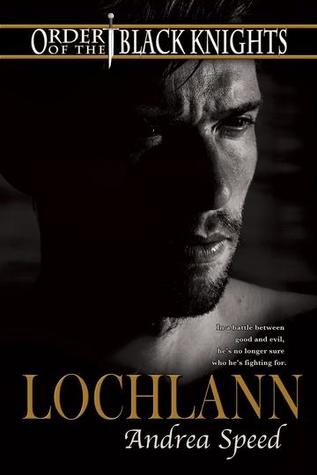 Violence has been Lochlann O’Connor’s companion since he was born into a family of old-school Irish terrorists. From there he is recruited into Alpha, a secret government agency dedicated to fighting terrorism—with extreme prejudice. Lochlann’s bravery, efficiency, ruthlessness, and the natural dead eye that lets him hit anything that moves, quickly make him one of the shadowy organization’s most valued operatives.

Cas Vega joins Alpha because it’s marginally better than a prison sentence. He’s a former drug cartel assassin—or at least that’s his story. But Lochlann is suspicious. Despite an irrational and overwhelming attraction to Cas, Lochlann has questions, and they soon lead to a deeper and deadlier mystery. What is Alpha’s true purpose, and why does it seem they want to eliminate Lochlann?

Lochlann and Cas must work together to get to the bottom of Alpha’s scheme and escape it—and all while Cas keeps secrets that could cost him his life if they’re revealed. But it’s not an alliance that can last. Duty turns the men into enemies, even while fate compels them into each other’s arms. Before they can contemplate which will prevail, they must figure out how to survive.

I’ll be honest, it was my first time with Andrea Speed and her universe. How it’s possible that I never read her books before? How it’s possible that I missed this series?
Lochlann made a pact centuries ago with a sorcerer after his family and all his village had been massacred. Since then, Lochlann is reincarnated each time in a new life over and over. At each death, he remembers all until his next life when he’ll be reincarnated in someone else. The only way for him to be freed, is to forgive the murderer of his family.

Lochlann is an assassin for Alpha, a government organization which « cancel » terrorist/traficant/politics all around the world. Lochlann is one of the best (if not THE best) among the operatives, but he suspects that something’s off with Alpha.

Castillo wa sa young FBI agent who had infiltrated the Herrera Cartel before being recruited by Alpha. He has one goal, take Alpha down by any means necessary.
What Cas hadn’t seen coming is Lochlann. When he expected to meet a cruel, ruthless killer, instead, he met a man, a man who was used as an assassin without really knowing the truth.
Cas and Lochlann have to work together to achieve their goal—take down Alpha and freedom for them.

I enjoyed this book.

Lochlann is the archetype of the tortured man, but it wasn’t too much. I enjoyed the ambivalence between robot-Lochlann in the mission, and man—Lochlann alone with his thoughts and guilt over his actions.
The Author wrote a pure action book with the fight, plot and interesting second characters like Inga or Anze.
All the book is about Alpha and how Lochlann and Cas would succeed in destroying the organization. But in my opinion, it’s also about redemption and forgiveness.
The only thing missing was the romance part between the characters.
Lochlann and Cas are in a relationship, but the author doesn’t develop this part, no scene sex (no I’m not a perv) the feelings between them aren’t really developed too. And I missed it in my reading. I would have love to read more about them in their most intimate moments (ok, I’m a little pervy).
But, it doesn’t spoil the story, and the reading is still enjoyable.

I recommend this book, even if it’s part of a series, it can be read as a standalone.

Now if you will excuse me, I have the 5 previous books to read.
Enjoy,
Ivy

The book, as I said I dedicated for young readers between 14 till 18.