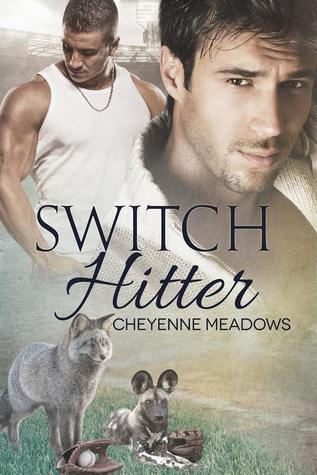 Tucker Wilde’s life is in a tailspin. Twenty-four hours ago, he was one of the top second basemen in the all-shifter professional baseball league. Now, he’s lost his starting spot to a rookie, been dumped by his girlfriend, and had a night of explosive passion with a man—a teammate at that. He can’t get Dixon out of his mind—even though Tucker still believes himself to be straight. With his career in jeopardy, he’s unsure where to turn or how to fix the mess.

Dixon Foxx is a baseball prodigy, though a perfectionist father stole any joy he might find in the game. He only sticks with it because it’s all he knows—and because of Tucker, the man Dixon’s wanted since they met. His dreams come true one night, only to turn into a nightmare the next morning when Tucker blows off their incredible time together as a drunken mistake, never to happen again.

The life of a switch hitter is all about mixing things up. Tucker excels at it. Only this time, the game isn’t on the line—his heart is.

Gather around everyone…closer…a bit closer…now say CHEESE! And you can say that again, cheese. But before you go and start to badmouth the cheesy romance, lemme tell you dear reader, there is nothing wrong with a good cheesy romance book, like in this case here.

While at the beginning my tooth ached of the cheesiness at the end I was glad that I read this book. Yes, its romantic. Yes, its sweet. Yes, it’s cheesy, but aren’t we all needing this?!

Speaking of Dixon. Dixon is a veteran, with a baseball heritage that he must keep up and also the good family name in this sport. He is calculated, very dedicated…in other words, his life is baseball. Dixon is gay. Everyone knows this, and he’s not hiding it.
Dixon is also a fox shifter with silver fur. And he finds himself lusting for Tucker. But he’s lusting in secret because Tucker is the very epitome of straight until…

Tucker is a wild dog hybrid shifter. He grew up without a pack, just him and his mother. When he turns 18 years-old, she drops him at the college and goes back to her pack. All his anger goes into practice. He is now part of a prestigious team, but this goes to his head, and he starts slacking. He made friends too, like Dixon. Dixon is his buddy.
When Tucker loses his starting spot, he gets a bit desperate then his girlfriend drops him for the very same reason and that leads to booze. He is a bit drunk, and Dixon takes him home, and by home, I mean Dixon’s home.
There Tucker goes from straight to power bottom in nanoseconds (well this part was funny in my opinion as a gay man, not so realistic though, but after all, we are dealing with shifters…). The next day he regrets everything…I’ll let you figure out the rest, or better yet, read the book!

The story is a sweet read, perfect for a cheesy afternoon…

****The ARC was provided by Harmony Ink Press. My review is an honest opinion of the book****