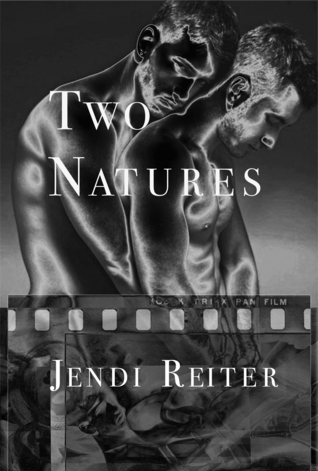 Jendi Reiter’s debut novel offers a backstage look at the glamour and tragedy of 1990s New York City through the eyes of Julian Selkirk, an aspiring fashion photographer. Coming of age during the height of the AIDS epidemic, Julian worships beauty and romance, however fleeting, as substitutes for the religion that rejected him. His spiritual crisis is one that too many gay youth still face today.

This genre-bending novel couples the ambitious political analysis of literary fiction with the pleasures of an unconventional love story. Vivid social realism, enriched by unforgettable characters, eroticism, and wit, make Two Natures a satisfying read of the highest sort.

Perry Brass, Amazon bestselling author of The Manly Pursuit of Desire and Love and the novel King of Angels, says of Two Natures: “If you want to know what life is like in Nineties New York, when Style has become God, sex has become a contact sport, and jobs, money, and survival are always around the corner someplace else, then this late coming-of-age novel is a good place to start.”

This was one of the most difficult books I’ve read. I’m not a religious person, so I found it hard to empathize with Julian’s struggle with the religious faith of his childhood but the description of the LGBT scene in New York City in the mid-1990’s is spot on. Set against the early days of AIDS. Julian’s story takes us from his college days through his struggle to make it as a fashion photographer, with all the shame and glamour of that world. He’s already escaped his narrow-minded and abusive father and his family crop up regularly in his life. We witness a hilarious scene when they come to visit, and he throws an impromptu dinner party with some friends. He engages in an open relationship with Phil, a gym monkey who he falls for, who turns to…well, an alternative career. I’m not going to give the plot away.

Julian’s career slowly builds as his personal life descends into a nightmare. He indulges in a drug-fueled night which ends up with him deciding whether to take an AIDS test or not. He’s persuaded by Peter a ‘friend’ with an alter ego, who comes to mean a lot to Julian. But it’s not Julian who succumbs to AIDs, and he ends up as a carer for someone he loves. I wasn’t keen on the open attitude to unsafe sex and drug taking but I recognize it was honest and reflective of the culture and time in which the story is set, it’s integral to the story and not at all gratuitous. It also gives the story a gritty realism that I found compelling.

This is a very detailed orientated and wordy book. I would recommend it to anyone who wants a deep look into the spiritual, political and sexual impacts of that era.