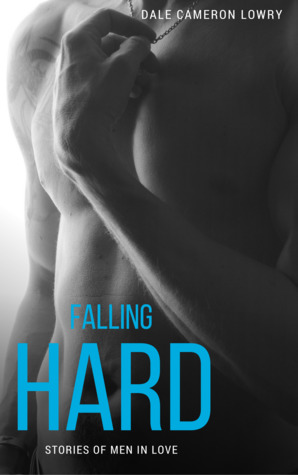 Warm up with whirlwind romances that last.

Mi Alma — Ex-Mormon Alma Larsen doesn’t know the first thing about alcohol, so he hires bartender Damian Banks to help out at his winter holiday party. They build a friendship that simmers with sexual tension—and possibly something much deeper. Will this Christmas bring them both a love that lasts?
Loggerhead — Soon after they fall in love, Jake makes Eric a promise inspired by an old track uniform. But demanding work schedules at Jake’s four-star restaurant and Eric’s newspaper keep them from following through. Six years later, they take the honeymoon they never had, heading to the Florida coast in search of sea turtles—and rekindling their passion for each other in the process.
Reading the Signs — The only thing twenty-three-year-old Theo De Jong expects when he enrolls in a summer school for linguists in New Mexico is to get more ideas for his master’s thesis in Dutch Sign Language. But then he meets the American sign language expert Alfonso Grossman, and sparks fly.

Because reality is overrated, these stories have elements of the fantastical.

Born of Fire — The fairies on Ireland’s north coast are notorious for kidnapping, and Aodhán of County Donegal has the scars to prove it. When the fairies abduct the handsome youth Cainnech, Aodhán seeks to free him—but risks losing his health and Cainnech in the process.
Ghost of a Chance — When shy Jeremy Anderson meets mysterious and dapper Frank at his spooky old university library, their connection is instant. Their romance waxes with the full moon—but just as quickly, Frank’s interest seems to wane. He insists that he loves spending time with Jeremy, but then why does he keep Jeremy at arm’s length?
Far From Home — Rajiv met and fell in love with his husband, Mateo, when they were both members of the scientific team responsible for transforming Mars into a home suitable for humans. But years into their shared mission, Rajiv is ordered back to Earth to restore the barren lands of the American Midwest. With a little help from technology, the two men find innovative ways to nurture their long-distance relationship while they wait to reunite.
Sweeter Than Blood — Keith was a vegan before a hot encounter with a stranger turned him into a vampire. In the year since, his sire, John, has tried to make up for the mistake by teaching Keith everything he knows about being a non-murderous bloodsucker. But temptation is strong in the form of Andres, a regular customer at the barbershop where Keith works. When Andres finally asks Keith on a date, the real danger begins.

The deeper the love, the hotter the intimacy.

This review is a bit tough. There are nine stories in total in this collection. They run the gambit from little to no sex to multiple sex scenes. They run first-person to third-person depending on the story. I have to say they are all well written, great little reads! If you’re looking for a quick nighttime read before bed, this is a great choice. If you only have 20 minutes between errands or meetings, this one is easy to pick up and read one fast-paced story and go on with your day. Dale seems to lean toward the novelette and anthologies so keep that in mind!

I’m not normally a fan of foreign language in a book. However, this author did it right in our first story. When he used Spanish, he also added the verse in italic English! For a quick little journey, I was delighted with the characters and the ending. As the reader, you don’t have a chance to get too involved with Alma and Damian. However, I found myself awing by the end.

Dale gives the reader a quick look at how Jake and Eric met and fell in love, then moves quickly to six years later. The characters are also in their mid-lives which is a treat from all the younger characters out there in the genre right now. I like these types of stories that move forward to let the reader know where they are now. Most of us can relate to the dulling of love because of work and life, but he shows the reader that people can reconnect and find that first spark again in this short. And who doesn’t love turtles?

This quick story gives us a look into the lives of Theo De Jong of the Netherlands and Alfonso Grossman of the United States. Both are at the University of New Mexico, for an international linguistics summer program. Theo is doing a comparative study of the dialects for his master’s thesis. Theo has read Dr. Grossman’s work and has an intellectual crush on him that also turns to a physical crush when he meets him in person. They end up having a two-week affair where they do everything together. After going their separate ways, they keep in touch. Theo figured they would eventually drift apart and find other love interests, but after six months, Theo is still just as much in love with Alfonso as he ever was. And when he finds out that he will be doing his doctoral fellowship in Boston which is only 90 minutes away from where Alfonso lives, he has to find out how Alfonso feels about him and whether he wants to continue their relationship. The story was really cute, had some love scenes but nothing graphic. But the story left me wanting more of this cute couple. It felt like the first part of a series.

This short story filled my love of Ireland and the fairy folk who were notorious for stealing infants and switching them with old Changelings. Aodhán, who was accidentally burned by his mother as an infant and Cainnech. Even with his disfigurement, Aodhán led a full life as a great basket weaver. While traveling to sell his baskets, he falls asleep by a fairy mound one Midsummer’s Eve and sees a handsome face in the full moon that he falls in love with. The fairy people also enchant him. After spending so much time with them, he forgets his human life and thinks he is a fairy. On Halloween, they decided to kidnap a handsome human to join them. They find the perfect specimen in Dublin and kidnap Cainnech who is battling the grippe. The fairies cure Cainnech’s illness the same way that they had cured Aodhán’s disfigurement. Seeing Cainnech brings back all of Aodhán’s memories of his human life and he doesn’t want to go with the fairies any longer. He takes them back to his family home, and the fairies take their revenge by taking back their cures. Aodhán nurses Cainnech back to health, but will Cainnech still love Aodhán when he sees the real him for the first time? I loved that this story had an epilog that tied up the story nicely. Really great short story.

Ghost of a Chance 4*s

Dale brings us a cute story about a ghost (Frank) whose unfinished business is growing old with a man he loves and a college senior (Jeremy). I thought it was a very original storyline that Frank’s body followed the moon’s cycle. When it’s full, then he has a warm solid body and when it wanes then so does the solidness of his body. However, strong emotion allows Frank to have a solid body for a while. Although he only has a warm body during the full moon. This story was a little more explicit which made me happy, and I enjoyed all of the flirting that Frank and Jeremy did. This story inspires happy feelings.

Wow. This short story is a keeper. It’s a story about Mateo and Rajiv. They’re married, but they have been terraforming two different planets for the last two years. Mateo is on Mars and Rajiv is on Earth. They were last physically together seven months ago for their two-week vacation. They have another month to go before another vacation and then one more year before they’re up for new assignments. They hope to get assigned to the same station. This short story is about one of their Skype calls that turns into a very explicit call. I loved the TTASS – or temperature, texture and shape simulator – and how it used a combination of probes and ultra-high-frequency sonar to map three-dimensional images similar to the nerve signals that dart from skin to brain when a person touches something. So it is like touching a live copy of his husband when they make love. So much better than the standard phone sex or skyping calls. Perfect short story to read just before bed.

Yep, this short story hit the spot. I love when two men can communicate what they want in a relationship, and that’s what Blake and Michael do. They communicate when Michael is unhappy with their sex life and finds that Blake has been holding back for doing what he would normally do which is give it to the guy hard and rough. He was under the mistaken impression that making love had to be slow and gentle. This story is definitely explicit and had me squirming. I will definitely be reading this college story again.

Yep, this one is also a keeper. Mike and Ken are married and on vacation on Vancouver Island to celebrate Mike’s 40th birthday. Ken is Deaf and Mike is the hearing child of Deaf parents. Ken and Mike occasionally bring a third to the bedroom since Ken is a top only and Mike likes to do both. They meet Jason while out bird watching, and Ken and Mike immediately feel an attraction to Jason. But he runs off before they can exchange numbers. They end up running into each other on the beach later and decide to meet later that night. After a very explicit and hot night, Jason has to leave the next day. They exchange numbers for keeping in touch and realizing they are both from Chicago. They continue to date, and finally, after a year of being together, they end up back on Vancouver Island for a commitment ceremony of their own. I loved how balanced the relationship was and how Mike and Ken loved Jason just as much as they loved each other.

*** I would like to thank the author for the privilege and opportunity of reading this ARC. My review is an honest opinion of the book ***