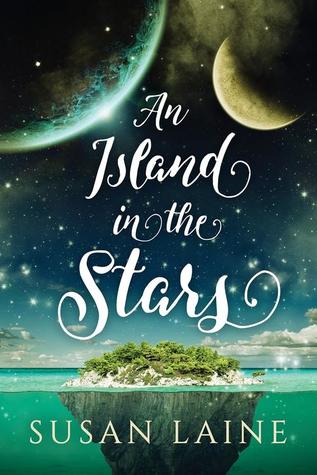 Sam, a geeky college freshman, has bigger problems than lusting after Marcus, sexy jock, college junior, and his big brother’s best friend. Chasing after a beanie caught in the winter wind turns into a tumble down the rabbit hole for them both—science fiction style.

Sam and Marcus find themselves trapped on a tropical island in the middle of a strange ocean on an alien moon. The sole structure is a ruined temple devoted to the art of love. Flustered, confused, and unable to return home, they need to figure out a means of escape from a hostile jungle teeming with dangerous life-forms.

In this tale where opposites attract and secret crushes are revealed, two very dissimilar young men discover they actually have a lot in common after all, but it will take their differences as much as their points of connection to survive on an island in the stars

One day, when they were heading home after college, Sam and Marcus fell in a rabbit hole which leads to an Island on a Moon.
Sam is a “geek” in love with Marcus, his brother’s best friend for years. Too shy, too unsure and too scared to confess his feelings, Sam, spends most of his time in defense mode or running away from Marcus.
Marcus tries his best to gain Sam’s attention but fails each time. He is crazy in love with the young geek but doesn’t know how to gain his trust and love.
When they end up on an Island on an alien moon, they don’t have other choices but to stick together in order to survive and find a way to come back to their home.
It was a sweet love story between Sam & Marcus. They are adorable together especially Marcus.
I like this big guy, he is sweet, brave and fights for what he wants. And he’s wanted Sam for years, when he has the opportunity, he takes it. I like his devotion for Sam too. I had a little crush for Marcus.

Sam is really smart, like super mega smart, and his brain sure helps them on this alien Island, but he has difficulty interacting with people, and especially with the guy he is in love with, Marcus. But this island will help him to face his fear, to surpass himself and fight for his life and that of Marcus.
The author mixes different genres, adventure, Sci-fi, Romance, the whole sprinkled with a dose of humor.

I recommend this book for younger people 14-18 years old.