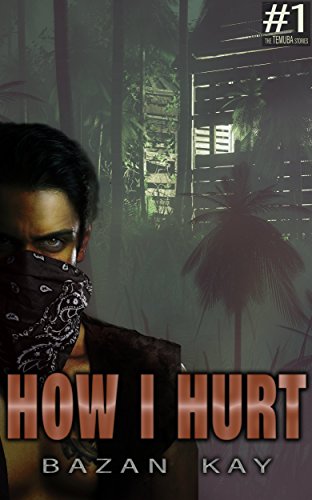 Pirates off the coast of a dangerous tropical island have captured Riley Geller and his friends. There is no end to their cruelty — especially once they discover that Riley is an immortal. Riley’s pain becomes a journey, one that is artfully orchestrated by his warden: an infamous, stoic assassin with a few secrets of his own. It is up to Riley to master his own suffering and discover his greater purpose in life, even if it costs him everything he’s ever known.

“My colleagues believe that you like it when they hurt you,” Chavez said.

“Sick fucks,” Riley croaked, but he was breathing too hard with excitement and betrayed himself. He knew Chavez could pick out the light in his eyes. It was like a second wind. Riley tried to move again, so Chavez pressed the hand on his chest down harder, disturbing his fractured ribs.

“I’ve made a small fortune off addicts of all kinds,” Chavez continued. Once again, Riley was captured by his stare, pinned and motionless, unable to look away from his dark eyes. “I know one when I see one.”

With that being said, the author did an incredible job with the reality of human trafficking. An American group of friends were kidnapped by pirates and taken to the island Temuba. We meet Chavez, who is like the ringleader of the group and a true anarchist king. Chavez and his men are excited about the money they will get for this group of people they have.

One of the captives, the runt of the group, Riley, was the boogeyman’s brother. Chavez was very adamant that he not be marked up at all. The boogeyman is Gringo Loco, and everyone is afraid of him. Riley is set on escaping with his friend, Adam. The story that follows is gruesome. There is brutal beatings that Riley has to deal with that are so realistic and sent chills through me.

There’s a lot to the story, and I don’t want to give too much to away. My heart went out to Riley, and I found myself holding my breath on more than one occasion. If this is your kind of read, you will enjoy the reality this author brings.