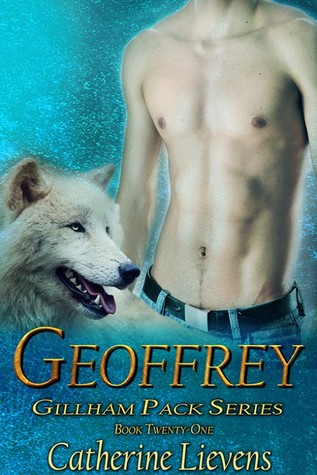 Sometimes you have to accept what life gives you without questions.

Geoffrey’s life is normal—or it would be, if most of his friends weren’t members of the Gillham pack. He loves the pack, though, and when he finds an injured woman and three babies, he agrees right away to take care of the oldest one, Mingan. It’s the least he can do, and maybe it’ll help him get closer to William, his mate.

William thought he’d never trust another man, not after what his best friend and lover did to him seven years before. He tries to resist the bond that pulls him close to Geoffrey, but Geoffrey is stubborn, and he doesn’t take no for an answer.

William has no doubt Geoffrey will eventually wriggle his way into his life, but will he be able to get past the wall William built between himself and the rest of the world? What will Mingan’s presence mean for them and for their future? And what will happen when Mingan’s father tries to get him back?

I had the pleasure of reading Geoffrey by Catherine Lievens. It’s the first book that I have read of the Gillham Pack series, so I decided to start with the 21st book in the series, cause why not?

It had a beautiful cover and an intriguing blurb, and I’m glad that I gave it a chance. The authors writing style is easy to read, and she did a great job of explaining who everybody is without having to read all of the other books in the series first. I also love that the main character’s name is the title of the book so that I can easily go back and read about the other characters that intrigued me. The book was also nicely edited which always makes me happy.

Geoffrey was a loveable character. He’s human, but he has a lot of friends in the Gillham pack and works in town at a flower shop with his friend Ethan from the Gillham pack. He has recently learned that he’s also the mate of William and will now become part of the pack himself.

William has a lot of issues that he hasn’t dealt with. He was betrayed by his best friend and lover seven years ago, and it’s left him with major trust issues. This has led him to be withdrawn from the pack and stay in his room playing video games and doing his job. He runs the phone hotline that shifter kids can call if they are in danger or being abused. He then sends out the needed resources to make sure the kid gets to where they need to be. But he’s very much a loner. He’s also painfully shy and blushes over everything. Which I think is adorable.

I loved that Geoffrey found the woman and the three kids and that they were able to help them and that the oldest child Mingan bonded with Geoffrey and William. I loved how it help bring them together and brought William out of his shell and forced him to interact with his mate. I also loved that Geoffrey never got mad at William or tried to force him to do something that he wasn’t ready for.

I wasn’t 100% sure on the dynamic of the relationship between Geoffrey and William on who’s supposed to be the alpha and who’s the omega. It wasn’t clearly defined. Geoffrey’s smaller than William and likes to bottom so I would assume omega but Geoffrey’s also headstrong and doesn’t let William push him around or lock him out. Which makes me think alpha. And with how shy William is and how inexperienced he is with topping. I would almost say that William is the omega. But like I said it isn’t clearly defined. But either way, I enjoyed both of them and their alpha/omega characteristics. It worked for them and the story.

I absolutely loved the ending and how it gave us a hint of who the next book is going to be about. And I already have it on my TBR to be read. I can’t wait to start reading it.