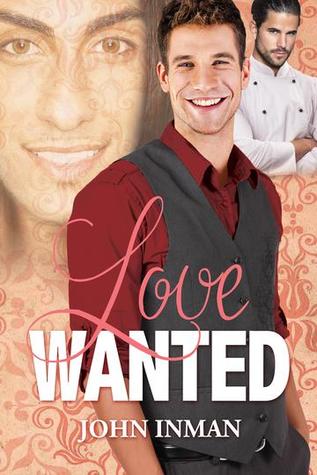 When it rains, it pours. Not only has Larry Walls been evicted from his apartment, but his hours have also been cut at the department store where he works, leaving him facing homelessness.
Meanwhile, Bo Lansing, a total stranger to Larry, toils at a dead-end job as a fry cook while attending night classes to become a certified chef. When the school closes its doors without warning, leaving Bo in the lurch for thousands of dollars in tuition, his dream of becoming a chef is shattered and his financial troubles spiral.
Desperate for a new beginning, each man answers an ad for live-in help posted by a wealthy recluse, and wonder of wonders, they are both hired! Just as their lives begin to improve, a young Kumeyaay Indian named Jimmy Blackstone joins the workforce at the Stanhope mansion.
When Mr. Stanhope’s true reason for hiring the young men is discovered by one of the three, a fourth entity makes its presence known.
Greed.
With all these players vying for position in a game of intrigue orchestrated by one lonely old man and a mischievous ghost, can a simple thing like love ever hope to survive the fray?

This book simply blew me away. The writing and storytelling were outstanding, and I couldn’t take my eyes off it once I started. Don’t get me wrong, it did take me quite a few minutes to get everything straight in my head because there was a lot going on right at the start and when the characters were introduced. But as soon as I got it all sorted out, I was taken on an adventure that was beyond what I would have ever imagined from reading the blurb.

Roger David Stanhope is 93, he lived with Jeremy, his partner of over seventy years, in their mansion on a mountain, but two years ago Jeremy died after a long battle with cancer. Roger knows that he also doesn’t have much time left, but with the help of his live-in housekeeper, Mrs Price, who’s close to her own retirement, he begins his plan to bring two younger men to the estate to work as cook and housekeeper. The only stipulation is that they must be single, gay and looking for a new beginning. Roger has hidden security cameras set up all over the house and estate because his plan is to put the two men together to see if they can be almost manipulated into falling in love with each other, with Roger watching it all unfold. Except Roger isn’t watching alone because when Jeremy died, he didn’t really leave Roger. His spirit is still in the house, and every now and again makes his presence known, sometimes by being a little mischievous, but mostly by giving Roger the love and support that he misses.

Larry Walls is 23-years-old, he’s not having an easy time of it lately. He’s very short on money, his hours at work have been cut, and he’s returned home to an eviction notice on his door because he’s late with his rent yet again. When Larry sees the help wanted ad in the newspaper, he knows it would be the answer to all his problems, so decides to take the chance and go for the interview.

Robert ‘Bo’ Lansing works as a short order cook at a Naval Station. He was also a part-time student at a culinary school, but that has just closed down suddenly, and the owner has taken all of the money. With no chance of completing his chef course, no money and no future as a short order cook, he’s told about the help wanted ad by a friend. Bo decides this fresh start might just be what he needs.

When Larry and Bo arrive at the mansion on interview day, there are more applicants than they thought there would be. But when the two men meet and start talking to each other they hit it off straight away, they both agree that working together would be perfect as they’re already getting along, but neither believe that they’ll both have the luck and get hired by Mr Stanhope. Little do they know that Roger had been watching them since they arrived, and he’s already decided that they would be perfect for his plan/experiment.

Larry and Bo have a great time working together and also form quite a close friendship. Bo is actually very attracted to Larry, and Larry to Bo. When they finally give in to the attraction, Bo believes it will be the start of a serious relationship between them, but Larry isn’t as keen and tries to distance himself from Bo a little, which causes some problems and friction in the house. When the new and extremely handsome estate gardener, Jimmy Blackstone, arrives at the house, a spanner is thrown in the works, and all of Roger’s best-laid plans are ruined.

I loved absolutely everything about this book and story. It totally surprised me, there was an unexpected twist. I laughed on more than one occasion, but I was also filled with joy and happiness seeing love expressed in the words I was reading. It was the perfect story.