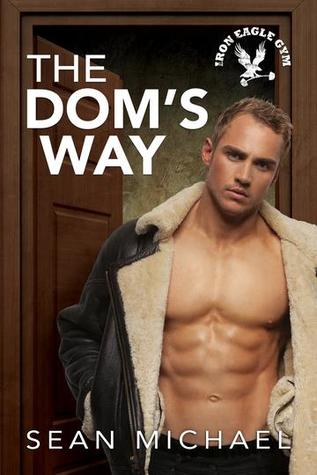 Neal and Way from The Closet Boy are back, only now they’re Dom and sub, and exploring their relationship through the lifestyle. Way is eager to learn everything, and more in love with his master every day. For his part, Neal can’t believe how lucky he is to have found such an innocent but sensual boy.

As they learn what works best for them both, Way has trouble obeying some of the rules Neal imposes. Like the no touching himself rule. Neal wants Way to learn control, but Way, after so long holding back, has trouble not indulging. The two men must work together to find the balance that brings them each the most satisfaction and happiness.

I started reading the book and found that I was lost. Especially when I read the first sentence of the second paragraph in the first chapter that said, “Way’ra looked at his lover.” My first thought was who in the world was Way’ra. I had no idea that Way’s real name was Way’ra. It wasn’t in the blurb that way, and I honestly thought it was a typo since the file I was reading still had a round of editing to go before being published. But nope, it wasn’t a typo, it’s actually his full name, and it’s never used again. I also have no idea what Way looks like or what ethnicity he is. It’s never mentioned in the book. There’s a brief, vague description of Neal (the huge muscle-bound blond).
So according to the reviews I have read about the other books in the series being standalone novels, I wouldn’t say this’s a standalone book. This’s a continuation of The Closet Boy, and I wish that I had read it first. I will be reading it next so that I can see how Neal and Way’ra started out. I will say that The Dom’s Way’s heavy on the sex scenes which I greatly enjoyed and the scenes varied, so it wasn’t repetitious.
I did enjoy how Way started out new to the BDSM lifestyle, but by asking questions from his sub friends at the Iron Eagle Gym and by trusting Master Neal, he figured out a lot more about what he likes and didn’t like. He does still have a long way to go, and Master Neal has some very interesting ideas for things he wants to do with his boy.
I also loved the game night with the other Dom’s and their subs. I need to find some new friends to play twister with cause they definitely had a lot more fun than I have ever had playing it.

I did love both Neal and Way though. Poor Way really struggled to be a good sub and follow his master’s rules but he really struggled with not playing with himself without permission and Neal had some very clever ways of punishing his boy. There’s a lot of penis slit play (with sounds and plugs) in this book and a penis getting a Prince Albert piercing. Lots of nipple play and a very needy sub and a master and sub that love each other very much. There’s never any doubt in the book that Neal and Way love each other.

So aside from not knowing what Way looks like or his ethnicity and being confused by the name, in the beginning, I actually really enjoyed the rest of the story and the other Dom’s and their subs at the Iron Eagle Gym. I look forward to reading the other books in the series and to future books in the series.

*Update* I have now read The Closet Boy, but I didn’t want to change my review because these were my original thoughts on the book without having read any of the other books in the series. The Dom’s Way does pick up right where The Closet Boy ends so it’s definitely a continuation of their story, and it did help a lot with figuring out the characters and plot with having read The Closet Boy. So I would recommend reading The Closet Boy before reading The Dom’s Way. There still wasn’t a lot of detail about Way’ra and where he came from or what he looked like. The author never really comes out and states the details he likes to use comparisons instead.