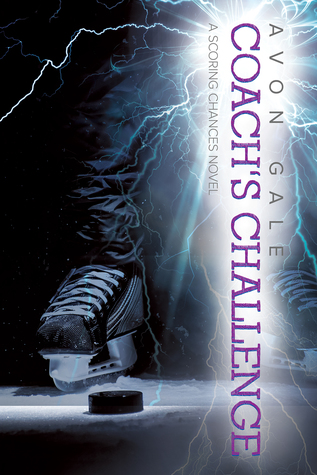 It’s been decades since blackmail forced Troy Callahan to retire from playing professional hockey, and he’s built a successful career behind the bench. When he’s offered the opportunity to coach the Asheville Ravens—the most hated team in the ECHL—he’s convinced that his no-nonsense attitude is just what the team needs to put their focus back on hockey. But Troy is disheartened when he finds out the Ravens have signed Shane North, a player known for his aggression—especially when Shane’s rough good looks have Troy thinking inappropriate thoughts about a player, even if he’s set to retire at the end of the season.

Shane’s career in the majors never quite took off. Wanting to quit on his own terms, Shane agrees to a one-year contract with the Ravens and finds himself playing for a coach who thinks he’s an aging goon, and with a team that doesn’t trust him, Troy, or each other. Despite his determination not to get involved, Shane unwillingly becomes part of the team… and is just as unwillingly drawn to the gruff, out-and-proud coach. As the Ravens struggle to build a new identity, Shane and Troy succumb to the passion that might cost them everything.

This is the fifth book of the series, but you can read as a standalone, although after finishing the book you wanna go back and read the other character’s stories too.

The story’s about Asheville Ravens – an infamous hockey team. They are known for their bullying behavior and homophobic slurs on and off the ice. What no one knew was the bullying was ordered by their ex-coach, who now resigned and was replaced by Troy Callahan aka Coach Cally.

Troy finds the atmosphere in the locker room pretty depressing. No one speaks, no one communicates. The sight is depressing, and he has difficulties bringing them out of their funk. That’ll be a task he’s looking forward to achieving.

Troy is an openly gay man, now. But he wasn’t always, actually he was blackmailed from the very same ex-coach of Asheville Ravens to quit playing hockey, otherwise he would be outed. Now, twenty-something years later, he’s a renowned coach. But things, as always, seem to complicate when Troy finds out that the newest member of his team is non-other than Shane North.

Shane is known for his hot-tempered attitude. He’s a goon. Shane decided to end his career at 36, he’s tired of being associated as a goon, or the player who didn’t live up to his potential. When he joins the Asheville Ravens for his last season, he didn’t think that he’d be attracted to Troy.

Shane is deep in the closet, not because he’s ashamed, but he didn’t want to add more to his accomplishments. The attraction is mutual as he finds out later but other than quick-ohmygod so hot-sessions there is nothing there for them.
The story is a hot read. Troy the ever dominant and Shane, well he’s getting off on the power play. It seems that they are just made for each other, but will Shane have the courage to give in to his desire?

To know the answer to that question, I recommend reading this book, you will enjoy it!