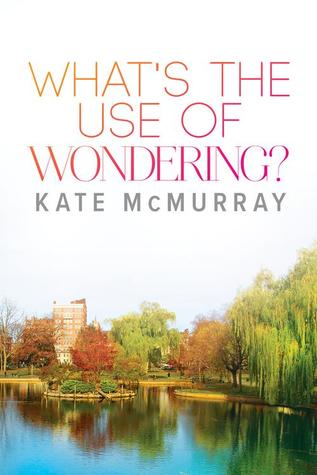 Violinist Logan has spent most of his life training for a career in music. But as the pressure mounts during his junior year, he questions whether playing in an orchestra is the future he wants, or one chosen by his parents. His new roommate—that annoying jerk Peter from last year’s production of _i>Guys and Dolls—complicates matters. Crammed into a dorm room with the overconfident but undeniably hot accounting major, Logan can’t stop snarling.

Then Peter sprains his ankle building sets, and Logan grudgingly agrees to play chauffeur. But instead of putting further strain on their relationship, spending time together reveals some common ground—and mutual frustration. Logan discovers he isn’t the only one who doesn’t know what he wants from life, and the animosity between him and Peter changes keys. But just as the possibility of a happier future appears, Logan gets a dream offer that will take him away from Western Massachusetts University—and Peter. Now he has to decide: will he live the solitary life laid out for him, or hold on to Peter and forge his own path?

This is a sweet story of young love and about the trials and tribulations of wanting to please everyone around you. This story is set in college and feeling the pressure of living out parents dreams and not knowing what are your dreams. It’s difficult to know what your dreams are when you’ve been training all your life for a dream that has been ingrained to your brain for the ultimate outcome. Is this really my dream or is it my parents dream? That is the question for these two young men trying to find their way in this world.

Logan is a junior in college and is the concertmaster since his sophomore year. He has been playing the violin since he was very young with his parents pushing him to get into a famous orchestra. His entire life consists of the violin. All his extra curricular activities have to do with the violin, practicing upon practicing, being pit-master for school shows, and working closely with his teacher. This is all Logan does. Oh, and, he thinks about boys. Not that he has time for boys but he thinks of them often.

Now, this is where we meet Peter, the blond Adonis. Peter has the look of the perfect jock. Big broad shoulders, square jaws and let’s not forget those very powerful thighs. Peter is the one who is building the sets for the production Guys & Dolls. Peter wants everything perfect on the set and is kind of a bear to get what he wants. He is going to college to be an accountant but do you think that’s what he wants to do? Not even. It’s another case of what the parents want. He loves art and theater and has a lot of fun building these sets.

Now, Logan thinks Peter is straight and Peter thinks Logan is a brat. Their first meeting during the sophomore year did not impress either of them. Well, guess what? They are roomies at the start of junior year. LOL This does not impress either one of them but they can just avoid each other as much as possible, right? Not even, Peter gets hurt building a set and Logan has agreed to drive him around.

Will these two find a way to tolerate each other? Will these two finally find love? But, most importantly, will these two figure out what they want in life without everyone else’s influence?
I recommend this to anyone who loves a HEA and how life has a great sense of humor as to throw the two most unlikely people together to figure out life.