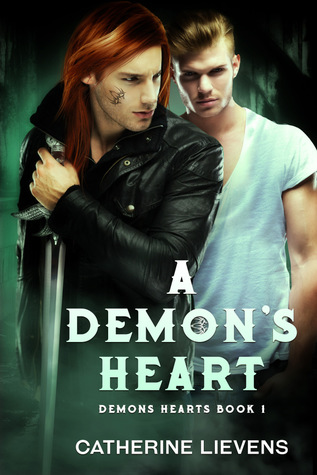 Chase is the only human who works in Hell’s Gate, the one hospital in Boston where demons can go when they need help. It doesn’t make for an easy or restful life, but Chase loves what he does, even though none of the humans he knows understand it.

Thailor is a League demon—they’re the bogeymen of demons, working in the shadows to keep the city and its inhabitants safe. Sometimes he wonders why he even bothers helping humans when they couldn’t care less about demons, but it’s what he’s paid to do, and he’s good at it.

When Chase stumbles on a demon killing another demon, he knows no one but him will care. He tries to intervene, but he’s too late, and no matter what he thinks of Thailor, they seem to gravitate toward each other.

When Thailor is there for Chase when he’s assaulted, Chase finally gives in. They’re fighting against time to save the city’s demons from someone who’s kidnapping them and harvesting their organs, though, and as the body count rises, so does the danger for Chase. Thailor promises himself he’ll keep Chase safe, but will he be able to?

First I have to say I loved this book. This is a prime example of the type of book that leads to the serious love of reading. Catherine Lievens has created an urban world filled with all the danger and deception we would expect. There is bigotry and hate crimes on both the human and demon sides. There is also those who wish to see an end to the divide.

Chase is a doctor. He is also the only human working at Saint Gabriel Hospital, or Hell’s Gate as it’s none to the demons. When he has cases of demons who have had their organs removed he knows something needs to be done. He can not stand by and do nothing and he knows no one else will care. He makes repeated trips to the police to try and get them involved. Being that Chase’s brother Aiden is a demon, this makes him even more determined to stop the killers.

Thailor is a League demon that hunts down and kills demons who prey on humans. For some reason, while in the middle of killing one, Chase catches him. As to be expected, Chase tries to intervene but is unsuccessful. It doesn’t seem to matter how Chase feels about Thailor’s actions the two are still drawn to each other. Chase finally gives in and they start to work together to find the ones responsible for harvesting the demons’ organs.

Throughout the story you can see the trust build between Chase and Thailor. There are a lot of suspicions about those close to the two and some real good fight scenes as well. The author did a great job of building a world with well thought-out characters. I look forward to reading more books in this series and diving deeper into Catherine Lievens’ world.

I can’t wait to see who the next book is about.