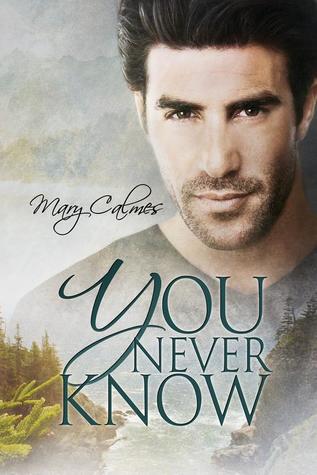 Hagen Wylie has it all figured out. He’s going to live in his hometown, be everybody’s friend, explore new relationships, and rebuild his life after the horrors of war. No muss, no fuss is the plan. He’s well on his way—until he finds out his first love has come home too. Hagen says it’s no big deal, but a chance encounter with Mitch Thayer’s two cute sons puts him directly in the path of the only guy he’s never gotten out of his head.

Mitch returned for three reasons: to raise his sons where he grew up, to move his furniture business and encourage it to thrive, and to win Hagen back. Years away made it perfectly clear the young man he loved in high school is the only one for him. The problem? He left town and they have not talked since.

If Hagen’s going to trust him again, Mitch needs to show him how he’s grown up and isn’t going to let go. They could have a new chance at love… but Hagen is insistent he’s not reviving a relationship with Mitch. Then again, you never know.

Hagen Wylie is 34 years-old, a veteran of war and a construction worker in his hometown Benson. He has friends, a job he loves, a sex-buddy who’s a super-hot actor (nothing less), and he’s fine with it. What he doesn’t have is the love of his life with him.

Mitchell Thayer is 35 years-old, former NFL player, divorced, the father of 2 boys, and moves to Benson, his hometown, to raise his kids and reconquered the love of his life. Hagen.

This book was written in Hagen’s point of view, and I loved that, I love Hagen, he’s adorable, broke, sweet and funny. We don’t really know what he looks like and I like that a lot, Hagen can be who I want in my head.

At first, I didn’t like Mitch, I thought he was an arrogant asshole. First, he broke Hagen’s heart when they were teenagers (I know it was 17 years ago but he did it, and I hated him for that). Second, 17 years later, the guy comes back and decides to be with Hagen, because he wants him, period. Oooh let just say, I wanted to throat-punch him, but, the more I’d read about him, the more I started to like him.

He clearly wants Hagen, he clearly regrets how things ended up between them, he clearly asks for forgiveness, and it’s something I can understand and accept.
I also loved one particular thing, that Mitch and Hagen were THE couple in high school. Not the quarterback and the cheerleader, no, it was them, two young gay teens, were THE dream couple. The one that the whole town still talks about 17 years later and I love that, it makes me hope that somewhere in the world two young gay teens who are crazy in love, are THE dream couple of a whole high school, gay or straight, they want to be them.