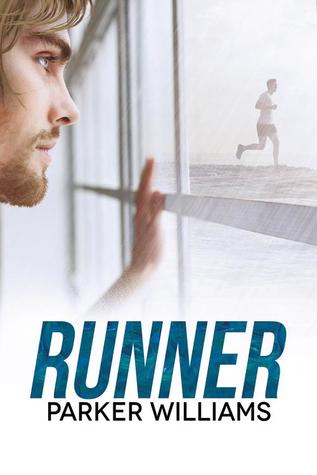 Matt Bowers’s life ended at sixteen, when a vicious betrayal by someone who he should have been able to trust left him a shell of himself, fighting OCD and PTSD, living in constant fear and always running. When he buys a remote tract of land, he thinks he’s found the perfect place to hide from the world and attempt to establish some peace. For ten years he believes he’s found a measure of comfort, until the day a stranger begins to run on Matt’s road.

He returns every day, an unwelcome intrusion into Matt’s carefully structured life. Matt appeals to the local sheriff, who cannot help him since the jogger is doing nothing wrong. Gradually, after tentatively breaking the ice, Matt begins to accept the man’s presence—

But when the runner doesn’t show up one day, it throws Matt’s world into chaos and he must make the hardest decision of his life.

If it was possible to give a million stars, it still wouldn’t be enough for this book. From the first couple of pages you know it’s going to be a hard read, but it’s written so brilliantly that you can’t help but be totally drawn in, that you need to keep going. The subject matter of attempted rape and assault is going to be a trigger for some people. But the story mostly deals with the aftermath of the attack and how the main character copes with it, and we are only really given a description of the actual assault twice in the book.

Thirteen years ago, Matt was assaulted and almost raped by one of his teachers. Since that day he has become increasingly withdrawn from the people around him, and for the last ten years, he has been living in isolation on a piece of property he bought 20 miles from his hometown of Fall Harbor, Maine. He doesn’t leave the property at all and doesn’t have any visitors. The only person he still communicates with is his brother Clay, who’s now the town Sheriff, and even then, it’s only by phone. Due to the attack, Matt has developed severe OCD and PTSD, and anything that happens that is not part of his normal routine throws him completely off-kilter. Because of the remote location of his property, Matt never usually sees anyone near his house, but for a few months, there has been a man using the road near his property as a running track.

This makes Matt extremely uncomfortable, and he pleads with his brother to try and get him to stop, but Clay tells him that the man isn’t doing anything wrong unless he ventures onto Matt’s land. Clay really cares a lot about Matt and wishes he would get himself some help so as he can come back to town and be a part of their lives again. He suggests that Matt tries to talk to the man to prove that he’s okay on his own and doesn’t need any help/therapy.

Matt reluctantly agrees to this deal, and finally plucks up the courage to go and speak to the man. Matt discovers his name is Charlie and that he’s an author. The two men soon form a bond over their love of books and home-made lemonade. Matt realises that he’s actually so much lonelier than he thought, and seeing and speaking to Charlie every day becomes more important than some of the routines and schedule he normally has for himself. For some reason, even though he’s a stranger, Charlie makes Matt feel like he’s finally safe.

This whole story was just a whole spectrum of emotions. It was a very distressing and heart-breaking read at times, but then it was just so sweet and beautiful that my heart was almost bursting out of my chest with joy. The characters were amazing. I honestly can’t pick a favourite because they each had their own little thing that made me completely love them. Matt, although he was around 29 years old came across as a lot younger and almost naïve, but I think that’s because of everything he went through. He didn’t get a chance to experience his life as a teenager and young adult normally, those years were about survival and making it to the next day.

I don’t know how many times the tears were falling while reading this book, but it was so worth it. The ending couldn’t have been more perfect for this story or Matt and Charlie, it was so lovely and tender, just like them.

This book is most definitely a must-read for anyone who loves a story that will pull at your heartstrings but make you smile at the same time.