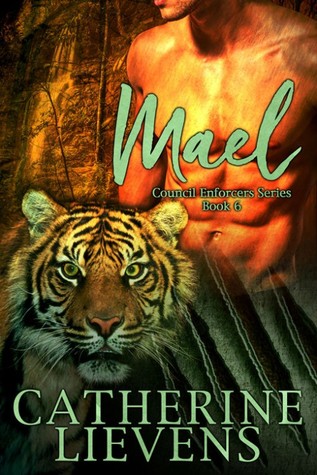 Sometimes trusting is the hardest thing to do.

When Mael agrees to help Lenny retrieve his best friend after he’s been dumped, he thinks it’ll be an easy in and out job. He knows it isn’t as soon as he sets eyes on Scott because Scott is his mate.

Scott’s just been dumped by his boyfriend of two weeks, who went back to his ex. He’s surprised when he realizes Mael is his mate, then worried when Mael and the rest of his team are sent to work with Mael’s tribe—and his ex-boyfriend.

Mael might have been with his tribe’s leader for two years, but it’s in the past. He’s angry when Scott asks Yerad to shimmer him there because he doesn’t trust Mael and Muirgeh, but he understands. Besides, Scott is useful to the team, and he helps them look for the shifters stealing food and entering tribe territory.

Will Muirgeh’s presence influence Mael and Scott’s relationship? Will Scott be able to get over how close Mael is to Muirgeh? And what will happen when Mael accidentally initiates the bond between them?

Mael’s the sixth book in the Council Enforcers by Catherine Lievens. I really enjoyed this story and the world that Catherine Lievens has created. I always enjoy getting to read one of her stories. I enjoyed the storyline, and I liked the main characters, Mael and Scott. Although their joint best friend Lenny was quite annoying at times, he doesn’t think before he speaks. Lol. Much to both Mael and Scott’s chagrin. But although Lenny can be annoying at times and embarrassing, you know that he will do whatever he can to help his two best friends, and he’s ecstatic when he finds out that his two best friends are actually mates.

Mael’s a Nix and works as an enforcer for the Council with his best friend, Lenny. He’s tall, blond and can heal and shimmer in addition to knowing how to fight hand to hand. It’s been a year since he left his tribe and his ex-boyfriend Muirgeh, who’s the tribe’s leader, to be an enforcer. In that time he’s focused on his job instead of romance. Then Mael agrees to help Lenny retrieve his best friend Scott after he’d been dumped and Mael sees him for the first time and realizes that Scott is his mate. But Scott’s just been dumped and isn’t quite ready to jump right into a new relationship. When the enforcers get sent to work with Mael’s tribe and Mael’s ex-boyfriend, Scott’s justified in his feelings of anxiety and jealousy that Mael will dump him and go back to his ex-boyfriend since that’s what happened in his last relationship. So he does the only thing he can think of, and he persuades Lenny’s mate Yerad to shimmer him to the tribe so he can see for himself what’s going on between Mael and Muirgeh. And although Scott isn’t an enforcer, he’s allowed to stay because he’s useful to the team and he can help them look for the shifters stealing food and entering tribe territory. If you want to know if Muirgeh’s presence will influence Mael and Scott’s relationship, and if Scott will be able to get over how close Mael is to Muirgeh, you will just have to read the book to find the answers the same way I did. And just wait until to you see what happens when Mael accidentally initiates the mating bond.

I can’t wait to read the next book in the series. I am hoping to see more of the shifters that were trying to take over the tribe’s territory. They seem really interesting.