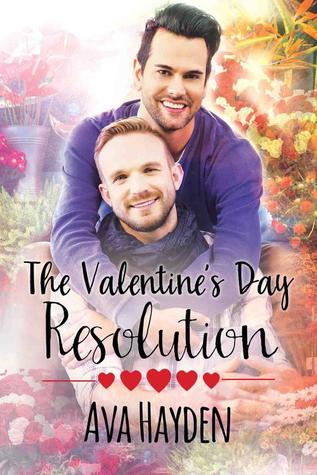 Huxley carries invisible scars from a near-fatal car accident. He sleepwalks through a job at his father’s company, marking time until he can quit and pursue his own dreams.

Everything changes the moment he makes eye contact with a stranger while riding to work. It’s as if he’s been shaken out of his stupor, and Huxley vows to find the man.

Thanks to a thieving ex-lover, Paul’s florist shop is on the brink of closing down. He needs to milk Valentine’s Day for all it’s worth—and the irony that a day dedicated to love might help undo the damage of a failed relationship is not lost on him.

When Huxley finds Paul at his shop, both men feel an instant attraction. Before long, they’re falling hard, but Huxley holds back. If Paul knew all the baggage he’s carrying, he might run.

Paul’s gut tells him Huxley is hiding something. Huxley looks like a keeper, but Paul can’t go through another disastrous romance.

When Valentine’s Day arrives, will they have anything to celebrate?

I loved The Valentine’s Day Resolution by Ava Hayden. It sucked me in and wouldn’t let me go. The book is wonderfully written and nicely edited. I loved both Huxley and Paul although I wanted to shake Huxley and Paul a couple of times and may have yelled at my Kindle a time or two. But they both made me smile and also laugh and just made me feel. This is the first book that I have read by this author, but it won’t be the last. Hopefully, I enjoy her other books as much as I enjoyed this one. I liked her writing style and the way she unfolded her facts like how she didn’t tell us the exact facts about the near fatal car crash but revealed glimpses of them through Huxley’s nightmares.

I loved getting to watch Huxley progress as a character. He starts out after the accident just going through the motions in his life and job. His father has installed him as CEO and President at one of his companies. And he has to prove himself if he wants his father to release his trust fund money. He primarily lets his COO Bob do whatever he wants with the company much to the displeasure of the other associates at the company. I loved that Huxley started to wake up after meeting Paul and that Paul was the motivation he needed to re-join the living. But he is harbouring a secret that he is working with a therapist on that has a deadline of Valentine’s Day also. And he’s embarrassed by his limitations and doesn’t want Paul’s pity.

Paul has been having a hard time lately. His boyfriend embezzled all of the money from his family’s flower shop, and he is too ashamed to tell his parents that their beloved flower shop is in jeopardy of closing. He’s hoping that he can make enough during their busiest day of the year, Valentine’s Day, to keep them afloat and get them back on track. But that means working insane hours with only one helper and accepting any and all jobs that come in. Including the jobs the new hunk that keeps coming in and ordering different arrangements and gift baskets. But Paul doesn’t have any extra time to date even if he would like to. And Huxley is definitely somebody that he would like to get to know. But Paul has reservations about Huxley. He has a feeling that he’s hiding something from him which leads to a misunderstanding and might cost them their new relationship.

I also loved the supportive characters. Paul’s best friend, Carson, is a drag queen when he isn’t running his own custom built-ins business. He’s very flamboyant, and a riot and he makes sure that Paul is taking time to eat during his busy days and nights. I also liked Bishop, Huxley’s driver, and how he went from being an employee to being a friend. And the various people at Huxley’s office that start to be friendlier as he becomes more alive and outgoing.