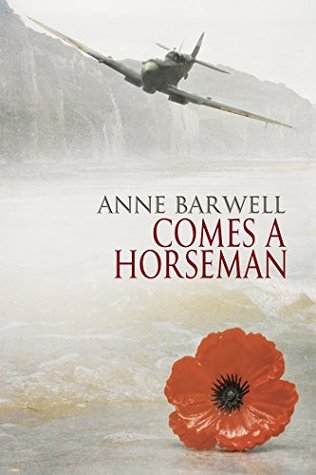 Sometimes the most desperate struggles take place far from the battlefield, and what happens in secret can change the course of history.

Victory is close at hand, but freedom remains frustratingly just beyond the grasp of German physicist Dr. Kristopher Lehrer, Resistance fighter Michel, and the remaining members of the team sent by the Allies—Captain Matt Bryant, Sergeant Ken Lowe, and Dr. Zhou Liang—as they fight to keep the atomic plans from the Nazis. The team reaches France and connects with members of Michel’s French Resistance cell in Normandy. Allied troops are poised to liberate France, and rescue is supposedly at hand. However, Kristopher is no longer sure the information he carries in his memory is safe with either side.

When Standartenführer Holm and his men finally catch up with their prey, the team is left with few options. With a traitor in their midst, who can they trust? Kristopher realizes he must become something he is not in order to save the man he loves. Death is biding his time, and sacrifices must be made for any of them to have the futures they want.

So, when I first saw this book and read the blurb I was either not paying proper attention, or perhaps I had gone temporarily blind. For some unknown reason, at no point did I notice that this book was the third and final book of a series (yeah, quite an important part of the details to overlook hehehe). As you can imagine, when I opened the book and saw that it was a sequel I had a little bit of a panic moment. When I started reading, the panic turned to slight terror because I was completely lost and had absolutely no idea what was going on in the story. Now, I take complete responsibility for my stupidity, and although this review is going to be a somewhat unorthodox, I’m just working with what I’ve got.

At this point, I would normally describe the plot/storyline/characters of the book, but unlike me (facepalm), the chances are that if you’re planning on reading this book, then you’ve probably already read the first two and know about all of this stuff already. I mean what can I really tell you that the blurb hasn’t already? Well, after the meltdown had subsided and my heart rate had reduced to normal levels, I managed to grasp the basics of the story and characters and just went with the flow, and I have to be honest and say that what I read in this book was nothing short of magnificent.

I’m a huge WW2 history fan, and I’ll generally take an interest in any books, movies or documentaries on the subject, whether it be fact or fiction. This book was so well written, that even though I had no idea of the backstory, I was totally and utterly engrossed. After a couple of chapters, I actually forgot that I had gone into this blind. The confusion was just gone. The amount of detail in the story was phenomenal, and I really need to commend the author for that. From the places they were staying/hiding, the ranks of the German soldiers, the use of the French and German languages, and how the characters were treated by the soldiers and other civilians, it all had a real authentic feel to it, and apart from a couple of little scenes, I could easily have been reading a memoir by an actual WW2 survivor. The story was so intriguing that I just couldn’t put it down.

Although the relationships between the male characters are discussed quite a lot, this book doesn’t really go into any intimate details, and by that, I mean there are no sex scenes. This is all about the feelings and emotions that they share, and their plans for when the war ends if they survive. I think that this was absolutely right for the story and the time period. There were a few twists that I didn’t see coming at all, and they just made me enjoy the book even more than I already was.

Now that I’ve read this, I’m going to make a point of going back to read the first two books because I really want to know so much more about these characters. I want to see how the relationships started and how they got to this point. I loved this book without knowing anything that was happening, so if you have followed this series from the start, then I can guarantee you’ll not be disappointed with how it’s all tied up and finalized. It was truly a joy and pleasure to read this book.

2 thoughts on “Review: “Comes a Horseman” by Anne Barwell”