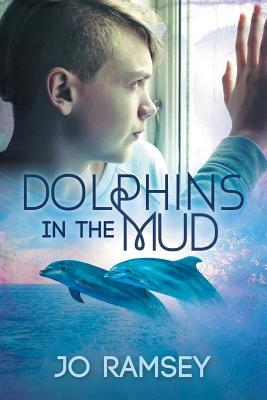 Stranded. Hopeless. Trapped. No one to turn to and no way to reach the freedom just beyond his grasp…

That’s how Chris Talberman feels when his family moves to an isolated New England coastal town and leaves him alone to care for his severely autistic sister, Cece.

Chris knows how the dolphins stranded in the cove near his home must feel–he understands their struggle better than he can express. But the tragic event has a silver lining. It’s there, while chasing his sister, that Chris meets Noah, a boy his age who is as kind and handsome as he is fascinating. Not only has Chris found the friend he needed, but the possibility for love–

Until Chris’s mother abandons the family and Noah reveals his own hidden pain. Now Chris must care for the person he thought would care for him.

This teen fiction tells us about a period of Chris’s life.

Chris and his family recently moved to this isolated town near the coast. He didn’t have time yet to make new friends. He’s busy with helping his mom with his sister Cece, who is autistic. Cece is 9-years-old but sometimes she behaves like a 2-year-old. Chris loves his sister so he really didn’t mind but sometimes he just wants to be on his own, doing things like a normal 16-year-old would do.
Chris is out. He had a boyfriend back in his old town, but they broke up. So now he’s looking forward to meeting someone with whom he can be friends and even something more.
Then one day there are dolphins in their cove. His little sister Cece succeeded escaping from the house to run to see the “Dophs.” Chris takes after her, barefoot, but before he catches her, she is stopped by a blond young guy. Later he finds out that the boy name is Noah.
Noah lives near to Chris’s house, but they never met yet. He feels the connection, but he knows that Noah is hiding something. And when Noah makes a desperate thing he is not sure he wants to be friends anymore…

This book is not about Chris and Noah’s relationship. If you are expecting some teen fling, this is not what is happening.
The book is more about Chris’s emotions, how a teen boy handles the changes in his life. The constant pressure of his mother to take care of his little sister. The struggle between feeling responsible and the guilt that he would like to spend some time for himself.
The book is really from the POV of a teenager, who feels the weight of his family on his shoulders. The anger when their mother abandoned them, the impotency when it comes to a lack of knowledge of his father about his sister. And there is Noah’s behavior …

The end of the book is not what I was hoping for, I can’t say I’ve enjoyed this book, but it’s definitely an interesting read.

****The ARC was provided by Harmony Ink Press. My review is an honest opinion of the book****