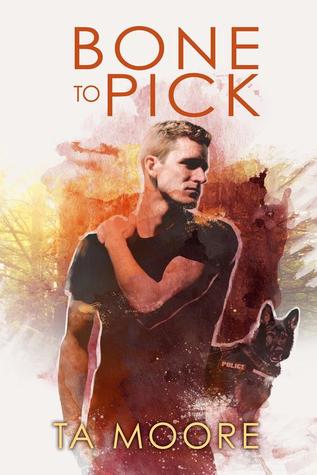 Cloister Witte is a man with a dark past and a cute dog. He’s happy to talk about the dog all day, but after growing up in the shadow of a missing brother, a deadbeat dad, and a criminal stepfather, he’d rather leave the past back in Montana. These days he’s a K-9 officer in the San Diego County Sheriff’s Department and pays a tithe to his ghosts by doing what no one was able to do for his brother—find the missing and bring them home.

He’s good at solving difficult mysteries. The dog is even better.

This time the missing person is a ten-year-old boy who walked into the woods in the middle of the night and didn’t come back. With the antagonistic help of distractingly handsome FBI agent Javi Merlo, it quickly becomes clear that Drew Hartley didn’t run away. He was taken, and the evidence implies he’s not the kidnapper’s first victim. As the search intensifies, old grudges and tragedies are pulled into the light of day. But with each clue they

Cloister Witte is a K-9 officer in the San Diego County Sheriff’s Department, with his dog Bourneville, he tries to find missing people and bring them home.
Special Agent Javi Merlot, is the FBI’s agent liaison with the Sheriff’s Department. He’s a young agent with ambitions and a planned career.

When the young Drew Hartley is missing, what appears a runaway is, in fact, more complicated with old grudges, and old tragedies that are pulled into the light of day.

Cloister and Javi have to work together to resolve Drew’s missing case.

The story, the plot, the investigations were good, really good. The suspense was well built and very tense, and until the end of the book, I didn’t know who the kidnapper was. How the author built all the mystery parts of the book and all the ramifications that are implied is great and very well written.
Cloister is a quiet man with a tortured soul. He made his way into my heart. The little bit of information we had about him broke my heart, and I wanted to hug him.

Javi is…how to say this politely…an asshole. The guy is despicable. I didn’t like him, at all. He is mean, arrogant and selfish. The only thing that matters to him is his career.

When, Cloister and Javi, started to be more than work partners, I was hoping that Javi would have been more “human” with Cloister, and Cloister less tortured…but no. It was only sex between them. That’s what Javi wanted, and even if Cloister had hoped for more, like someone who can love him, he copes with the situation.

It frustrated me actually. It’s my romantic side I think. I think, the sex between Javi and Cloister wasn’t necessary. The book would have still been good without it, and less frustrating in my humble opinion.

This book is not a romance, so don’t expect a love story between 2 crimes. It’s a classical good polar, and a very interesting plot that’s well written.