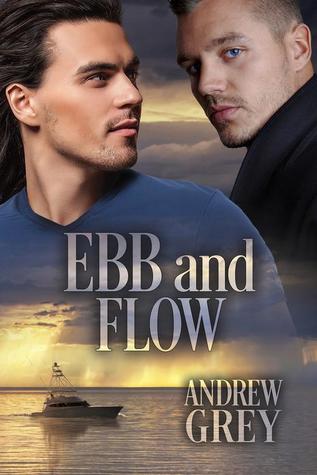 To achieve happiness, they’ll have to find the courage to be their own men.

As first mate on a charter fishing boat, Billy Ray meets a lot of people, but not one of them has made him as uncomfortable as Skippy—because he’s drawn to Skippy as surely as the moon pulls the tides, and he’s almost as powerless to resist. Billy Ray has spent his life denying who he is to avoid the wrath of his religious father, and he can’t allow anyone to see through his carefully built façade.

Skippy is only in town on business and will have to return to Boston once he’s through. After all, his father has certain expectations, and him staying in Florida is not one of them. But he doesn’t count on Billy Ray capturing his attention and touching his heart.

Billy Ray doesn’t realize just how much he and Skippy have in common, though. They’re both living to please their fathers instead of following their own dreams—a fact that becomes painfully obvious when they get to know each other and realize how much joy they’ve denied themselves. While they can’t change the past, they can begin a future together and make up for lost time—as long as they’re willing to face the consequences of charting their own course.

Ebb and Flow’s the sequel to Setting the Hook by Andrew Grey. The book’s well written and nicely edited and has a great flow to it and kept me entertained. I like how realistic the characters are in the book and the problems that they have to go through to get to their happily ever after. I liked Ebb and Flow, but I didn’t love it like I did Setting the Hook. Maybe it’s because Harcourt Anson III—Skippy to his friends—is a lawyer which has never been my favorite profession. I did like how he is around his small group of best friends. I enjoyed seeing him have fun and relax, and I like how he finally dealt with his father. I loved Billy Ray. He has such a strong personality, and he’s a master at hiding who he is. Which he has to do since he’s the son of a homophobic pastor. It hasn’t been easy for him to come to terms with who he is. He’s also grown up with a reading disability, and he’s had it drilled into his mind that he’s stupid and it has affected his self-esteem to the point that he doesn’t believe that can be the captain of his own ship. I loved how supportive Skippy was and how he made suggestions that could help him with his reading disability.

We first met Kyle, Jerry, Steven, and Skippy in Setting the Hook when they chartered an all-day fishing trip and became friends with William and Mike. They were very flamboyant, and they helped Mike realize that it’s okay to be who he really is. We also get to see Skippy and his group of friends again when they book another fishing trip when the firm Skippy works for is hired by an oil company to be their lawyer, and he’s assigned to smooth the way for them putting in an oil station right where the docs are at. However, client confidentiality doesn’t allow Skippy or his assistant Alex to warn Mike or anybody else about what they are planning to do. They have rented the same house as before and have another party afterward and invite Mike, William, Bubba, and Billy Ray to join them.

In this book, Mike’s expanded his business and bought another boat. Bubba’s the new captain and his assistant’s Billy Ray. Billy Ray’s been working with Bubba for six months, and nobody knows that he’s gay. He loves his job and dreams of someday being a captain. But being around Skippy and his friends shows him what he has been missing by not being true to himself. And he finds that he isn’t sure that he can go back to the way he was before. Not with his attraction to Skippy and how supportive he is.

If you enjoyed reading Setting the Hook, then I would recommend giving the sequel Ebb and Flow a try. I know I’m glad that I did. I can’t wait to see who the third book’s going to be about. My hope is that it will be about Steven and Alex. They were so cute in this book that I would enjoy reading more about them.