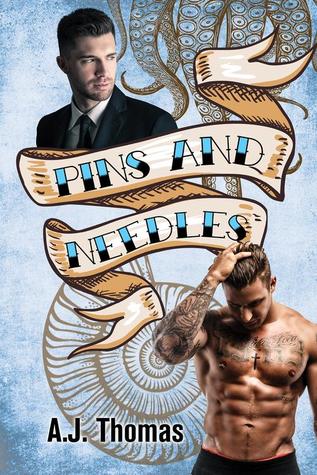 The truth is rarely seen on the surface, and getting to it might mean digging deep….

After a devastating accident and a long stay in the hospital, the last thing petroleum engineer Sean Wilkinson wants to deal with is the settlement the oil company tries to force on him. He’ll never be able to work in his field again, his education is all but useless, and his surgeons are pessimistic about whether he’ll ever walk again. He needs someone in his corner, but most lawyers take one look at his tattoo-covered foster father and turn their backs. It’s just Sean’s luck that the one attorney willing to give him a chance is also the hottest guy he’s ever seen.

As a trial lawyer, Nate Delany has a lot to prove—to his father, the world, and himself. Sean intrigues Nate, and he struggles to reconcile the gifted tattoo artist he can’t stop fantasizing about with the quiet, brilliant engineer. His investigation reveals facts left out of the accident report—including an illicit affair, greedy coworkers, and a vicious corporation that will do anything to protect its bottom line. When Sean’s life is threatened, winning Sean’s case, and his heart, becomes a lot more dangerous.

Sean Wilkinson is 22 years old when his life is destroyed. As an Engineer, he worked on a ship for an oil company when he survived a terrible accident, and Sean lost his left leg and almost lost the other.
His dad, a tattoo artist, tried to hire a lawyer for his son, but with his biker looks and tattoos, the lawyer he met refused to work with him.

Nate Delany, a young lawyer working for his dad’s firm, decided to walk away when his father refused to acknowledge his work, and worse, accused him of stealing the work of the other partners claiming it as his own.
Nate decided to start his own practice and accepted representing Sean in court.

This book is one the best books I’ve read since the beginning of the year.

Sean is broken, hurt and has to fight for his life, and needs to figure out how to keep going when all your life is broken. He has to deal with re-education, learning how to walk, how to move in this new body with missing pieces. He also has to understand what to do with his future. He’s a kind of genius, an Engineer and a Tattoo artist.
He’s a warrior and a survivor. All through the book, I followed his evolution, and it was beautiful. It wasn’t all whining and crying, it was an internal fight between Sean’s dreams and his reality, and how he succeeds to put them together.

Nate is sublime, really sublime. He’s completely devoted to Sean. As a lawyer, he works hard to manage the best decision for his client, he fights hard and doesn’t give up. Even when his father tries to mess things up with him, Nate stands up for Sean. When Nate falls in love with Sean, he knows that the limits have been reached, and he tries again, to do his best protecting Sean. Even if it means hurting him. Nate doesn’t treat Sean differently because of his handicap. Yes, he’s more concerned, but that doesn’t mean he can’t see how beautiful Sean is, and wheelchair or not, he loves him just like he is.

I love their love story, it was beautiful but not too much, not too dramatic, it was just simple, and it works for me. Nate and Sean have both pretty bad backgrounds, even if Sean past was harder than Nate’s, it didn’t define them, and Sean helps Nate to express his opinion in front of his father and family, just like Nate helps Sean to accept things that he refuses to admit out of fear.

I love the plot, how 2 young men, whose people assume the worst, defy everything and everyone, proving, at every step, they are more than what people think.

This book deserves to be read, I really loved it, and Sean & Nate are absolutely awesome.

5 OptimuMM’s for the octopus and his nautilus (read the book, and you’ll understand).