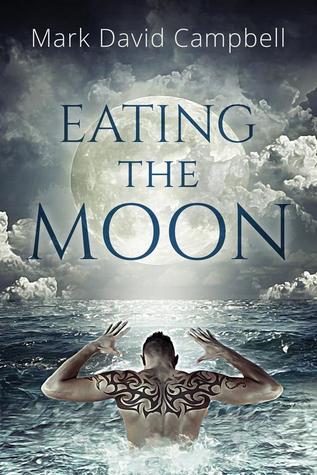 During his twice-weekly sessions, Guy, a sixty-seven-year-old anthropologist, tells Richard, his thirty-two-year-old psychiatrist, a fantastic tale about a society where almost everyone is homosexual and sex is considered the most basic form of communication.

As a young man, on a cargo ship that sinks in the Bermuda triangle, Guy is saved by the first mate, Luca, and they wash up on the shore of an uncharted tropical island. There, Guy must undergo a brutal initiation ritual, endure a crazed shaman, and swim across shark-infested waters in order to win the love of a local man.

Meanwhile, Luca, who cannot accept his sexuality, is obsessed with being rescued and soon degenerates into drug dependency. Serious trouble ensues when Luca discovers that the locals have a large stash of gold, and he devises a plan to steal it. When Luca’s scheme falls apart, Guy must choose between remaining on the island with the man he loves or saving Luca’s life.

Could there really be such a society, or does it only exist within the fantasy of lonely old gay man?

Guy Palmer’s a sixty-five-year-old gay guy who has lots of issues, and we get to find out all about them as we read his story in Eating the Moon by Mark David Campbell. When Guy collapses at the gay bar, Sailor, he has to undergo a psychological evaluation before he can be released to go back home. Dr. Richard Bowing is the doctor that gets the pleasure of evaluating Mr. Palmer. He’s thirty-two and has just gotten his degree in psychology. And he says that he is straight when he is questioned by Guy. But Guy has been gay his whole life, and his gaydar has never been wrong. Richard tries to convince Guy to come to two twice weekly sessions and talk about what’s bothering him and why he has such self-destructive tendencies. But Guy will only agree to the sessions if Richard will give his honest opinion on whether he thinks Guy’s crazy or not after he tells him a story. Richard agrees but little does he know what he’s getting himself into as Guy starts his tale.

The tale about how Guy’s searching for adventure and gets a job as a cook on the ship called the Crescent Moon. And meets Lucas for the first time. The ship’s headed to Cuba with supplies to sell and on the way there’s an accident and Lucas saves Guy’s life after he’s knocked unconscious. Guy wakes up as Lucas is frantically rowing away from the ship just before it blows up and sinks to the bottom of the ocean. The weather’s rough and then they lose their way in a thick fog. When they finally make it through the fog, they find that they are close to land but where they are they have no idea. Lucky for them they end up on an island that is actually inhabited. But will they ever make it off the island or be rescued and if by chance they are rescued will they actually want to leave? For Guy, the island’s a paradise since it’s made up of homosexuals and he can finally be open and free about who he is. For Lucas, the island’s fun for a little while but he although he has no problem topping guys he doesn’t consider himself gay (yes, he is delusional and in denial) and after a while, he can’t wait to be rescued. And because Lucas saved Guy’s life, Guy feels obligated to help in any way he can with getting rescued.

And now for the reason, I gave this book only 3.5*s. I was of two minds while reading this book. I loved half of it and didn’t like the other half. I loved the parts of the book where Guy’s telling his tale, but I didn’t care for the present portion of this book where Guy’s talking to Richard. If the book had just been about the tale that Guy told and not with us needing to know that he was telling it, I would have easily have given the book 5 OptimuMM’s.

But I forced myself to read them, and in the end, I am glad that I did because I didn’t see the twist at the end coming, which I really enjoyed. And I will confess to liking how Guy played matchmaker to Richard and his nurse Armando, and that did give me something to look forward to during those tedious parts of the book. Which is why this book got the extra half star rating.