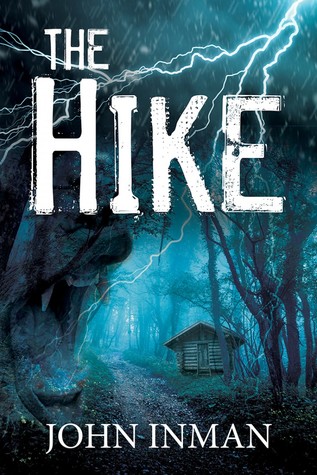 Ashley James and Tucker Lee have been friends for years. They are city boys but long for life on the open trail. During a three-hundred-mile hike from the Southern California desert to the mountains around Big Bear Lake, they make some pretty amazing discoveries.

One of those discoveries is love. A love that has been bubbling below the surface for a very long time.

But love isn’t all they find. They also stumble upon a war—a war being waged by Mother Nature and fought tooth and claw around an epidemic of microbes and fury.

With every creature in sight turning against them, can they survive this battle and still hold on to each other? Or will the most horrifying virus known to man lay waste to more than just wildlife this time?

Will it destroy Ash and Tucker too?

The Hike is the story of 25-year-old Ash and Tuck who have been best friends since they were in school. After a drunken encounter between them in Tijuana a few months before, that hasn’t been mentioned since, Ash has realised that he feels more than just friendship towards Tuck, and is hoping that they can become more.

Ash decides to arrange a 300-mile hiking trip for just the two of them to see if being alone with Tuck for a few weeks will confirm that what he’s feeling is real, and to see if those feelings can be reciprocated by Tuck. Along their journey, they learn how to support, motivate and comfort each other whenever it’s needed. When they meet Melvyn who lives out in the wilderness with his dog Bill, they finally face up to the fact that there are real, strong feelings between them, and they want to take the chance to see where it can go.

The route that they choose to follow on the trip is slightly off the beaten path because they want to be alone and away from groups of people, but when things start going a bit wrong for the two men and their dogs, this decision soon proves to be the wrong one. When their worst fears are realised, and it becomes a matter of life and death, do Ash and Tuck have the strength and skills to survive to see their happy ending?

Written in the first person from Ash’s POV, the book is quite a nice little friends to lovers story, with a bit of adventure and drama mixed in. But for me, it didn’t really hit the spot. The language used seemed more like an upper-class British person speaking than a young American in their mid-twenties. For example, from the very first page of the book, we have: “Lord, Tuck,” I said. “How you do blather on” and also “Yes, I remember, and I’m still horrendously appalled by the idea”. For me, this just didn’t fit right with the characters because I don’t know anyone of that age group who would speak that way, and because of this, I found it really hard to connect with them. The story itself was a good concept and was well written, but I found it to be quite a slow read, and then it felt as though the end was wrapped up too quickly.

I have read a few books by this author and have really enjoyed them so I know what he’s capable of. But on this occasion, I feel a little disappointed because I really was expecting something more. Especially after reading the blurb and looking at the cover, I thought it would be more of a thriller type story, but that wasn’t what I got at all.

So, this book for me was somewhat of a damp squib, full of potential, but in the end, didn’t meet the expectation.