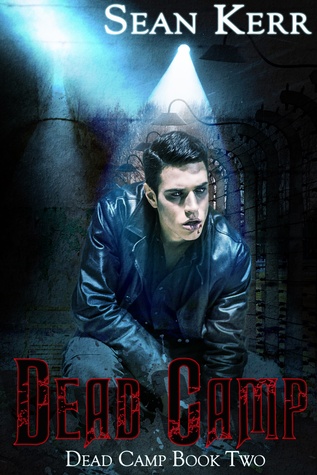 The world is at war, a war determined to involve Eli, whether he likes it or not. Hitler, his dark army of feral vampires, and even the Devil himself, all conspire against Eli, leaving him no choice but to fight back, risking Malachi’s soul in the process.
Eli is determined to find Ethan’s father, no matter the cost to himself or Malachi, and in a place filled with death and unending cruelty, Eli realizes that some truths should remain buried, and some truths are just too terrible to bear. When the old enemy, demons from Eli’s dark past, find him once more, they reveal a secret so impossible, so terrible, that it pushes Eli to the very edge of his endurance. They took his boyfriend from him once, and the secrets that they reveal about the man he once loved threaten to strip Eli of everything that he holds dear, pushing him to the edge of his sanity.
Eli thought that he had nothing left to lose, but at Welwelsburg Concentration Camp, he realizes that he was very wrong

This is a series that will end being 5 books in all and I strongly suggest starting with book one. These books are so intricately written, that if you start with this book, you will be confused. This author has the most vivid imagination. He’s had about every one of my emotions on high alert and not sure which emotion was coming next.

This picks up right where book one left off and some of my questions start getting answers. For example, we learn about Malachi’s death. This makes me sad for both Malachi and Eli. I know some of you hate Eli, but before I can be too hard on him, I must learn more. And as beautiful as an angel Daniyyel is, he frustrates me. I mean, I know he means well, and everyone has to make their own choices, but common, a little hint, please.

And as much as Eli wants to stay secluded from the world, he knows he can’t just watch the world collapse. He’s such a magnificent vampire and so powerful. I love that he finally embraces his vampire and shows us what he’s capable of doing. He knows he needs to find Ethan’s father but is still trying to figure out this connection he has to Ethan. Oh and, what Eli discovers at the Hitler camps makes him nauseous. How can such evil exist and how will he approach this situation?

How will Mal ever get passed his news that he learned of his death? How will he compete with Ethan? Oh, how Mal needs Eli’s love, and he feels him slipping away, and he doesn’t know how to properly deal with everything he’s feeling. The route he chooses is devastating and will he survive it?

And the way Ethan tells his story will suck you in. I wanted to go looking for his dad myself but, then, I remembered I’m reading this, and it is not my reality. I love how this author lets me forget about reality and sucks me into this wonderful world of chaos and beauty. The places that I was taken to, both took my breath away and flabbergasted me. I actually looked up some of these places to have the visual of it. There is so much beauty in the world and, unfortunately, there is a lot of ugliness too.

These are all such important questions that need answering, and I sure wish I could help, but I am unable to do so because I had to read it for these answers and so will you. These men are all hot, and there are some really hot sex scenes but, the story is so good, that you will not want to put it down. Now go enjoy this book before it’s too late.