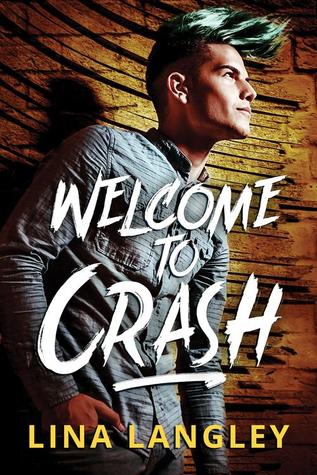 At first, Damien feels lucky to land a job at an influential art studio, but it soon becomes obvious that something’s not right. His gorgeous boss, John, is interested, and he’d be the perfect man for Damien—if Damien wasn’t already in a relationship. It isn’t long before Damien is at the center of a love triangle, forced to choose between hot, punk John and his secret affair with his professor, Levi. And that’s just the tip of the iceberg, because something impossible is happening to Damien—and it’s having a drastic effect on his health as well as his perception of reality.

Each time Damien goes to work, things grow more bizarre, starting with Sam—an artist who has been dead for years and now somehow… isn’t. Damien’s unusual circumstances also free him from the restrictions of monogamy—or so he thinks. Levi, who cannot believe Damien’s claims, fears for his sanity. John also has strong doubts when Damien reveals knowledge of a catastrophic event looming in John’s future. Whether the men he loves believe his wild claims or not, neither can deny Damien is languishing, and if they cannot save him, he’ll be lost. More importantly, they must convince Damien to save himself.

Damien is a student in art looking for a summer job. He’s hired to Crash one of the most famous art studios in the city. He’s also in a complicated relationship with his professor Levi.

At his first day, he meets John, his boss. Stunning, sexy man. Damien, even if he’s in a relationship with Levi, is attracted to John.
Damien suspected something was wrong with his job and his boss, and more, when he realised he works for Sam Riordan, THE Sam Riordan, a great artist…dead in 2006.

Between Levi thinking he’s crazy and John who’s laughing at him, Damien is completely lost and doesn’t know what to do and where to go.
The book was good, the plot was captivating and the story interesting, but I have to admit something, I hate Damien.
He’s the worst character ever, he is a detestable selfish, immature asshole and a cheater. Everything he did, everything that’s happened to him, isn’t his fault, nope, it’s always someone else fault.

John is the pure tortured artist, he tries to understand Damien and what’s happened, but most of all, he tries to accept who he is. He lives in an époque where being who we want isn’t easy. But Damien’s visit helps him, and at least he tries to help Damien in return.
Levi is Damien’s professor. He’s older, so he can’t at first, just came out, with his students, the consequences for him and his career is too much. But when Damien’s in trouble, sick, and really needs him, Levi is there, he doesn’t fly out, he just stays, admitting his love and the future he wants with Damien. I love him, I really do love Levi, he’s so faithful, strong, kind and adorable.

I’m torn about this book. In one hand, I love the story and the plot, it’s interesting and captivating, the writing is fluid, and I read it easily. In another hand, Damien is an obnoxious character, and he spoils the book for me.

So for me, it’s 4 OptimuMM’s, because despite Damien, like I said, the book by itself is good.