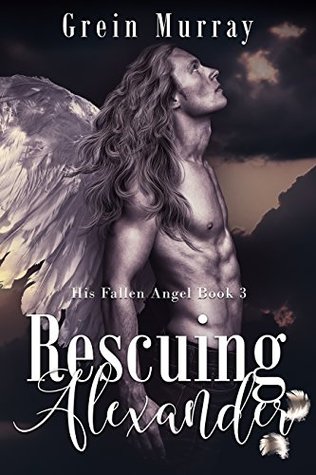 Things seem to be peaceful after the battle between the Fallen and the New Angels a year ago, but sometimes appearances can be deceiving.
Roman and Alexander have been enjoying their work, placing New Angels in various jobs throughout the East Coast, but they find out that the Fallen are not adhering to the rules put into place after the last conflict.
As Roman becomes more involved with helping the Elders figure out what the Fallen are up to now, Alexander gets closer to a Fallen Angel who Roman doesn’t trust, causing tension between himself and his soul mate. Roman’s warnings to Alexander and the others seem to fall on deaf ears. With Roman preoccupied by a demanding work schedule, will he have unknowingly placed Alexander in the hands of one of the most dangerous and sinister Fallen?l scenes as well as some graphic language. It is intended for a mature, adult audience

Alexander and Roman are angels that have fought the fallen angels and have done an amazing job saving the humans. Roman hates that Alexander is so trusting, and he doesn’t want to go alpha on him but…he needs to protect the love of his life.

I have grown to love most of the characters in this series especially Michael, the archangel (well besides Alexander and Roman). There have been so many characters that have helped them throughout the series that have won my heart both in heaven and on earth. But then there is Corvin, one of the evilest of them all. Corvin puts up so many roadblocks that I began to wonder if good can’t beat out evil. Then there is Drusus. I loved hating this character for even messing my angels. Like, really, who does he think he is?

Grein did a superb job with this series, and it saddens me this is the last of the series. Maybe, if we harass Grein enough, she’ll do one more book for Asher. Hint Hint.

Will Alexander and Roman withstand all the evil? How will their love for each other withstand the test of time? I don’t want to give too much away, but I know you want the answers too. So, get this series, enjoy the love, hot sex and good versus evil. You won’t be disappointed.

One thought on “Review: “Rescuing Alexander” by Grein Murray”