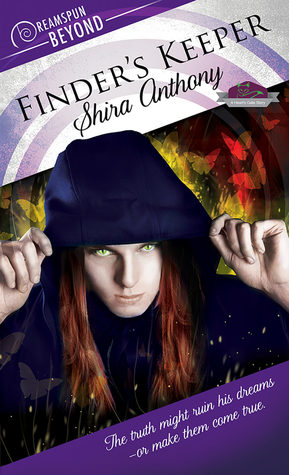 The truth might ruin his dreams—or make them come true.

When Zane moves into an old gothic brownstone, he discovers the house comes equipped with a caretaker—Kit, who lives in the basement. Zane is immediately drawn to the charming and attractive Kit. But Kit is much more than he seems. He is a two-hundred-year-old half-human, half–red-fox spirit who guards a Gate between the mortal and spirit worlds—a fact Zane should recognize, but doesn’t.

Orphaned at a young age, Zane never learned he comes from a long line of mystical Keepers. Kit needs Zane’s help to protect the Gate, but how can he tell Zane of his legacy when that will crush Zane’s dreams of traveling the world? If he takes up the mantle, Zane will be bound to the Gate, unable to leave it. But when Zane realizes Kit’s true nature, and his own, he’ll have to make a choice—fight to protect Kit and the Gate, or deny his destiny and any chance of a future with Kit.

This is a definitely a high fantasy book.

Although maybe its not for everyone, this book will be a success among the fantasy/manga lovers.

The author, from whom I read for the very first time, created this universe where there are Gates between the spirit and human worlds. Every Gate has a Guardian, and every Guardian has a Keeper, from whom the Guardian gets his powers.

The Guardian is always a spirit and the Keeper is human. Until Kit, who is half spirit half human. Kit’s father is the strongest spirit among the Guardians of the Gate who fell in love with Kit’s human mother. Unfortunately, Kit’s mom died, and soon after, his Gate appeared to Kit. Since then, Kit had several Keepers all—Zane’s ancestors.

Being a Guardian means him nor the Keeper can venture far from the Gate. So when Zane arrives, Kit is holding back telling the truth to Zane because Zane wants to travel the world.

Zane was uprooted from his old home and moved into the house his uncle left him and his twin sister. They grew up in foster care after their parents died. Until recently, they didn’t know about their uncle. Something is pulling him toward this house. He can’t explain it, but this pull is accompanied by righteousness and a feeling of belonging. Imagine his surprise when he finds out that the house comes with a very handsome caretaker.

I love fantasy, the imagination of authors who are capable of creating such an imaginary world always amazes me. I’m probably not wrong when I say that in every man there is still a little guy who likes to imagine being a pirate or mage or warrior, some kind of superhero. This book awakened this child inside of me allowing me to travel in this world where magic is normal and other species are fascinating!

One thought on “Review: “Finder’s Keeper” by Shira Anthony”