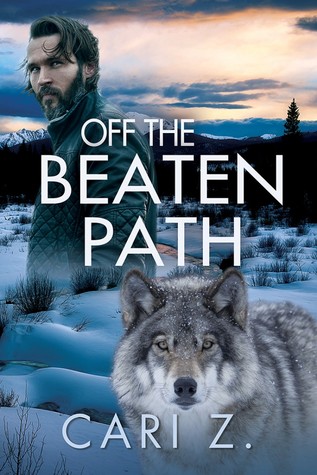 When Ward Johannsen’s little girl Ava shifted into a werewolf, she was taken into custody by the feds and shipped off to the nearest pack, all ties between father and daughter severed. Ward burned every bridge he had discovering her location, and then almost froze to death in the Colorado mountains tracking her new pack down. And that’s just the beginning of his struggle.

Henry Dormer is an alpha werewolf and an elite black ops soldier who failed his last mission. He returns home, hoping for some time to recuperate and help settle the pack’s newest member, a little pup named Ava who can’t shift back to her human form. Instead he meets Ward, who refuses to leave his daughter without a fight. The two men are as different as night and day, but their respect for each other strikes a spark of mutual interest that quickly grows into a flame. They might find something special together—love, passion, and even a family—if they can survive trigger-happy pack guardians, violent werewolf politics, and meddling government agencies that are just as likely to get their alpha soldiers killed as bring them home safely.

I liked this book. The author doesn’t write another book about shifters, nope, it’s something else.
Ward is human, and his 4 year-old daughter Ava, shifts into a wolf her first day at school. Since then, she’d been taken by the government and send to a pack of werewolves to be raised, but first of all, to shift back. 3 months later, after going through hell and back, Ward finds the reservation where his baby girl is.

Henry is the Alpha of the pack where Ava is. As an alpha, he has to work for the government in order to gain “favours” for his pack and their living conditions on the reservation.
Like I said, this book isn’t just about the Alpha who meets his mate. It was more, and I really liked how the author treated this subject.

Being a Werewolf is the result of a military experiment gone wrong. Since the werewolves are considered as people who have a disease, they are isolated from the human population. They live on reservations where they are guarded by government’s agents named “Guardian”. Their phones, internet and TV are monitored by the government. They have to ask permission to leave. Basically, they have no rights, no human rights, and when someone is infected, he’s taken away from his family. The alphas of the packs are the “dogs” of the human army.
Yes, awful right, it makes you angry too? …. I was angry reading how the werewolves live. What Henry had to do for his pack. That’s where the author was good, it wasn’t written like a drama thing, nope, it was written like it was normal, the way Henry talked about it, wasn’t like “boohoo we’re the victims here” nope it was “hey, it’s our life, move on” but I don’t want to move on, I want to take up arms and go fight for them.

I also liked the relationship between Ward and Henry. It was gradual, no insta-love because of the mate’s thing. Henry and Ward fell in love together as human, just 2 men finding love. And it was sweet and beautiful.

Ward is adorable with a sassy mouth and a little bossy too. Henry, as Alpha, has a lot of responsibilities, and except his sister Sam, most people fear him… Except for Ward. Their interactions were funny, sweet and I had a smile on my face reading it.

The only, tiny, little bit thing that bothered me was the sex scene. There’s only one sex scene, kind of, it was more making out in fact. And that’s what bothered me a little. A book doesn’t need sex if the story is good, and this was the case. So when this scene appears (at the almost end of the book), I was frustrated more than anything else. Because it wasn’t a real sex, it wasn’t well developed. It would have been better without it, and less frustrating at the end.

But, it was a good book, the author exploits the story and the plot perfectly, and the only thing that I hope, it’s that there’s a sequel, or 2 or 3 or 20.