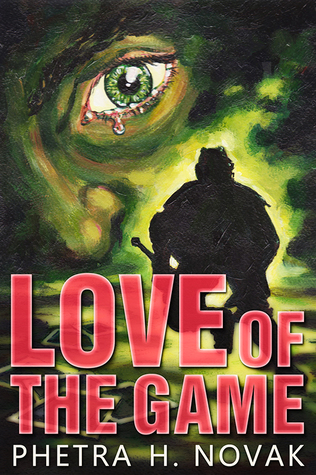 Johannes is starting his new life as a rookie in the best hockey league in the world, the NHL. His new home for the next four years is Montreal, Canada, and he’s excited to get to his destination when a storm arrives, stranding him in Charles de Gaulle Airport in Paris, France.

In the Airport VIP lounge, he tries to amuse himself the best he can. He’s nursing a lukewarm beer, and about to head back to join his parents at their table, when the most gorgeous man he’s ever seen, with piercing green eyes, buys him a drink. He swears he has never been so instantly turned on as he is in that moment. The man flirts openly with him, making no secret of what he wants from Johannes as he invites him to meet in private. Not being out only makes Johannes hesitate for a moment before accepting the beautiful stranger’s come-on.

Charlie, a cocky and opinionated, ex-submissive and reporter is leaving Paris after being on vacation when the studly jock just happens to appear out of nowhere – served on a silver platter. Charlie sees no reason to deny himself a last rendezvous before he gets on his plane back to Canada.

What he doesn’t expect is this stranger to see the real him. Charlie’s normal plan of attack is to take charge. But when it backfires, and the studly stranger not only takes control but makes him want more, Charlie does the only thing he feel comfortable doing. He runs!

This book is hot, fun and interesting.

I liked it, I didn’t know the author before, so it was a very good surprise.
When Charlie meets Johannes at the airport in Paris, he only wants one thing, to enjoy his time with this hot man.
And god knows Johannes is a hot, tall Blond man with icy blue eyes and the body of a hockey gamer. Yep, that’s Johannes, aka my new wet dream (yeah, I know I’m easy).
What Charlie wasn’t expecting, was to be completely swept off his feet by Johannes, but worse, to be obsessed with him. It was only 10 minutes in the airport bathroom, but he can’t let go of the guy.

Johannes is the new rookie of Montreal’s hockey team. He’s 23 years old, calm, smart, mature, serene and naturally dominant. He is completely obsessed by Charlie (in the good kind of obsession, not the creepy one).
Of course, the two of them living in the same city, and Charlie being a Journalist, and Johannes an athlete, what supposed to happen, happened, and they meet again.
That’s when their journey starts. And what a journey.
Charlie is hurt and broken by what he’s been through by the hands of his ex-boyfriend Jacques aka the asshole psychopath, was horrible, and it made me scream for him. I was hurt and sad for him.
People see him as an asshole, but it’s only his defensive mode. After being, tortured, raped and beaten, physically and mentally, his only way to cope with what he’s been through is to push people away by being a rude asshole with them. Only Marc and Luc, his 2 best friends, see through him, and stand by his side, no matter what.
Johannes is stable, and really sees Charlie, the real Charlie. Even if he pushes him away, again and again, Johannes tries his best to prove to him that he’s here for him, that he sees him, and he’ll stay with him.

I really liked this book, their banter is funny, even when I wanted to scream at Charlie “GO FOR HIM DUMBASS!”
The sex between them is hot, like really hoooooooooooooot. So don’t read it at work like me, because after that, try to explain why you’re blushing so hard without any apparent reason. I said

I had a fever (not a total lie, technically my body heat was higher because of them…fever!)
The story was good and interesting, but, a little bit too long and repetitive. At some point, I had the feeling I was reading the same thing written in a different way or not, until the end of the book where I had the feeling that it was a little too fast and a little bit confusing. That’s the only thing that bother me a little bit.

But other than that, the author did a good job, I liked the writing. I liked how the BDSM was treated. Johannes is a dominant and interested in the lifestyle but hasn’t any experience, not really, and he admits it. The author doesn’t make him appear like a ‘Super Dom’ who doesn’t need to learn about it because he knows how to spank and says “boy” one or two times. Not here, she was perfectly coherent with her plot. Just like Charlie, after what he’d been through as sub with his psychopath of ex, he couldn’t go down on his knees just for the pretty eyes of Johannes (and they’re pretty, I would go to my knees whenever he wanted…yeah yeah, I’m a slut, I know). I like this, I like that the characters were coherent with themselves.

I will totally follow this series. The book was good and hot, and captivating, despite the length sometimes.

It’s 4 optimumm for these 2 hot guys.

2 thoughts on “Review: “Love of The Game” by Phetra H Novak”